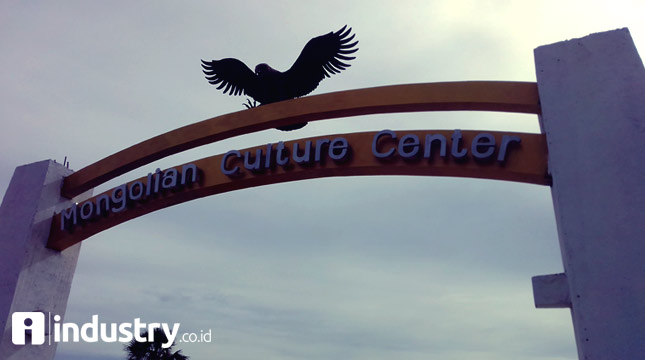 INDUSTRY.co.id - Tanjung Lesung - The Mongols are recorded in history as the conquering nation of the big countries. Who does not know Gengis Khan the ruler of Asia to the mainland of Europe? The Mongolians actually used to be a great empire from the Korean Peninsula to Europe in the German Territories. However, to know the civilization and culture of the Mongol people are now enough traveler to come to Mongolian Culture Center in Tanjung Lesung, Pandeglang regency of Banten.

"Nearly 30 percent of Mongolia's three million people still use GERs, especially for those who are nomadic and can be carried around using livestocks like horses, goats, sheep, oxen and camels," said Mongolian Ambassador to Indonesia Battsetseg Shardar, in the inauguration of the Mongolian Culture Center, Sunday (4/23/2017).

Based on the exploration of the editorial crew, Ger at the Mongolian Cultural Center has a diameter of 20 meters for the largest and the other three regular sizes with a diameter of less than 20 meters.

Ger himself is made of wood as its main foundation and wool to wrap it. For regular sizes can usually be assembled or built within one hour, while large ones usually reach one and a half hours.

Capacity depends on how big the ger size. Usually for a regular size capable of loading three adults.

"There are four GERs in Tanjung Lesung that tourists can access. All materials from the tents are imported directly from Mongolia, "she said

Nearly 80 percent of the Serang - Panimbang toll road works will be completed in 2019. It will also build a small aircraft-only airstrip, as well as built railway stations from Menes to Labuan.

Of course, when all of you are awake you just choose, going through the land through the toll with a duration of 2.5 hours? Or you choose air with 36 minutes duration? Whichever is definitely your trip will be much shorter than the current which still takes 3.5 - 5 hours by land route with Serang - Pandeglang - Labuan - Tanjung Lesung route.

"When I visited the Mongol country, I settled there, felt their unique cultural experience, and then came the idea to make Little Mongolia in Indonesia, and this is the result," explained Darmono

"We are confident that this Mongolian Culture Center will be a new charm in Tanjung Lesung KEK, visitors can see not only the natural beauty and local wisdom of Banten culture, but also enjoy the culture from other countries,"she concluded.