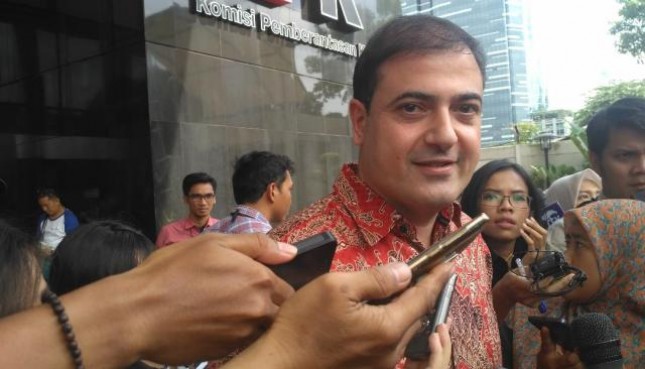 INDUSTRY.co.id - Jakarta - Chairman of the Indonesian Young Entrepreneurs Association Sam Aliano appreciated the Corruption Eradication Commission's (KPK) action over the detention of the Speaker of the House of Representatives Setya Novanto.

"I apreasiasi for the KPK because its performance has been good and correct, because all the people must be the same in law," Sam said when visited KPK building on Monday (20/11/2017).

According to him KPK must stand upright and strong like a power pole. The law does not look at a particular group, lest the law bluntly sharply downward.

His arrival this time gives a flower arrangement that reads KPK should stand up like power pole # Save KPK Sam Aliano.

He has also instructed Setya Novanto to obey the law. He also deplored the vandalism by certain elements of his bouquet of flowers at RSCM some time ago.

He said he would give a reward of Rp 1 billion for anyone who can find a person behind the vengeance of his interest.

"It's not about the price of the flowers but the self-esteem of someone being harassed," he said