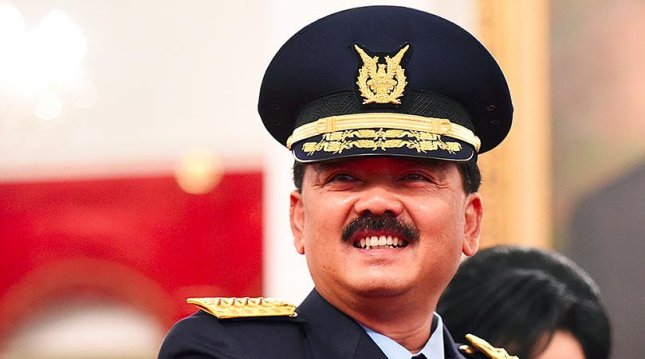 INDUSTRY.co.id - Jakarta - The House of Representatives (DPR) has received a letter from President Joko Widodo about the dismissal with respect of General Gatot Nurmantyo and the appointment of Marshal Hadi Tjahjanto as TNI Commander.

"Earlier this morning I received the Minister of State Secretary Prof Pratikno, delivering a letter from the President about the dismissive plan of Gen. Gatot Nurmantyo and the appointment of Marshal Hadi Tjahjanto as the new TNI Commander," said House Speaker Fadli Zon at the Parliament Complex, Jakarta, Monday / 12/2017)

Fadli said after the Chairman received the letter, immediately handed over to Kesekjjan DPR to be processed and scheduled today will be held House Leadership Meeting and then continued with House Deliberation Meeting (Bamus) DPR.

He explained in the President's letter also conveyed the desire that the change of TNI Commander is not in a long time.

"We expect before the recess during this session, but we will coordinate with the House Leadership Commission I and the factions to be scheduled feasibility and proper test," he said.

"It seems that the reason is because it is preparation for retirement of Pak Gatot, the prerogative of the president, which is clearly the provision of the replacing Law must have been the chief of staff, meaning that it can be KSAD, KSAU, KSAL," he said.

Fadli explained that every letter from the President will be read in the Plenary Session, after which it will be submitted to the relevant commission in this case Commission I of DPR.

After that, according to him, the House of Representatives Commission I will conduct feasibility and proper test and if it is approved then it can be taken decision at the plenary session.