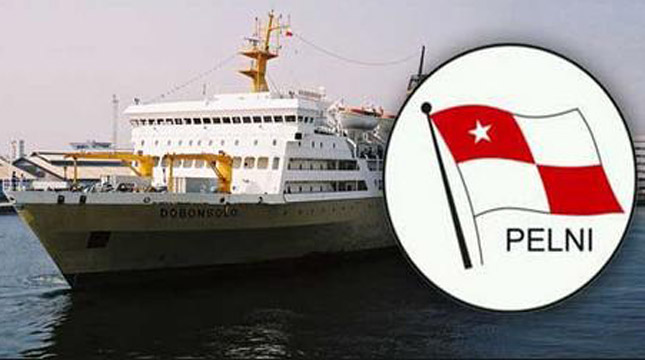 Corporate Secretary of PT Pelni Didik Dwi Prasetio in a written statement in Jakarta on Tuesday (5/12/2017) said the operation of KM Lawit to Padang-Gunung Sitoli and Sibolga run once a year before Christmas and New Year as a manifestation of PT Pelni (Persero) to serve the community.

"In the run up to Christmas 2017 and New Year 2018, we made a rerouting of KM Lawit to Padang and Gunung Sitoli KM Lawit on the regular route to Blinyu-Pontianak-Semarang-Karimunjawa," he said.

KM Lawit, continued Didik will sail to Padang-Gunung Sitoli and Sibolga in pre-Christmas 2017 AND New Year 2018.

Didik said the cruise ship to Padang before the cheap airline tickets are served by PT. Pelni (Persero) regularly and scheduled with KM. Lawit, but as the price of airplanes and the lack of passengers on board, Pelni ship cruises to Padang stopped about six years ago.

For Lawit Ship tickets to Padang, Gunung Sitoli and Sibolga have been open since (20/11).

"KM Lawit tickets are all economy class or 'single class'," he said.

Sailing KM. Lawit to Padang, Gunung Sitoli and Sibolga, according to him, can be a reunion and nostalgia event for minang and junior migrants in Jabodetabek and other cities in Java which in the past used Pelni sea ships when pioneering business or college.

Pelni facilitates the voyage in late 2017 and early 2018 as a means of transportation as well as to commemorate the past nostalgia with Pelni ships.