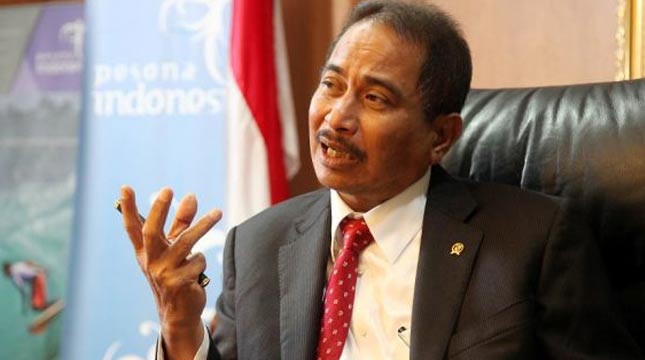 INDUSTRY.co.id - Jakarta - Minister of Tourism, Arief Yahya said, that the condition of Bali is currently normal. Conditions in Bali had been pronounced because of eruption of Mount Agung in September 2017 ago.

"The status of Bali is normal, except at a radius of 6 to 10 kilometers from the summit of Mount Agung," said Arief Yahya, Minister of Tourism, at the Press Conference End of the Year 2017 at the Ministry of Tourism, Jakarta, Thursday (21/12/2017).

He said the government had declared this on December 15, 2017 in Bali.

"This statement has been announced by the government on December 15, 2017. If anyone says alert, today the statement wasapada I pull and I declare Bali normal," he said.

According to him, from the results of exposure to the Center of Volcanology and Geological Hazard Mitigation, conditions in Bali are normal.

"What is still alert status in the radius of 6-10 kilo meters, but for other areas of Bali otherwise normal .. Tourism in Bali safe, except in the area of Mount Agung on a limited radius," added Arief Yahya.