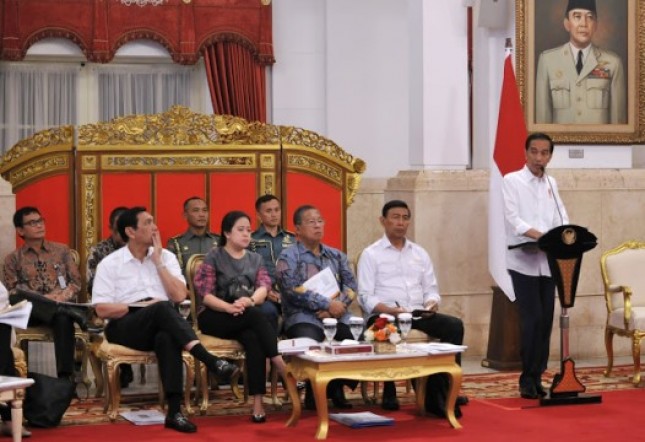 "Political stability becomes an important factor in the success of government programs," she said in a release yesterday.

According to Reni, the impact of political stability is the running of government programs such as infrastructure development, economy and education.

SHhe argues, although often the discussion of government work programs such as budgeting, legislation and supervision runs dynamically, but mutual respect between institutions works well.

"If there is an impression that the House of Representatives becomes a government stamp is a wrong assumption, because the House consistently runs the process of 'check and balances' as mandated by the constitution," she said.

Reni added that the parliament has been putting forward the spirit of constructive rather than promoting political noise.

Related aspects of foreign politic, the government considered performing the duty well as the firm response Indonesia rejected Jerusalem as the capital of Israel.

In addition, he said, the government managed to diplomate with the government of Myanmar related to the expulsion and slaughter of the Rohingya Muslims.

Meanwhile, Chairman of the Parliamentary Faction PKS Jazuli Juwaini to the media crew asked the government to maintain the stability of security and order in 2018 because there will be simultaneous elections in 171 regions for the implementation can run smoothly and safely.

He said the government should be able to ensure that the elections run smoothly and in an orderly manner, otherwise it is certain investors will refrain from investing in 2018, until the political conditions are completely stable.

According to him, the condition will affect the investment flows that will be halted, which will lead to the achievement of economic growth target of 5.4 percent will be difficult to achieve.