Minister Susi Confirms Import of Salt Does Not Match Recommendation 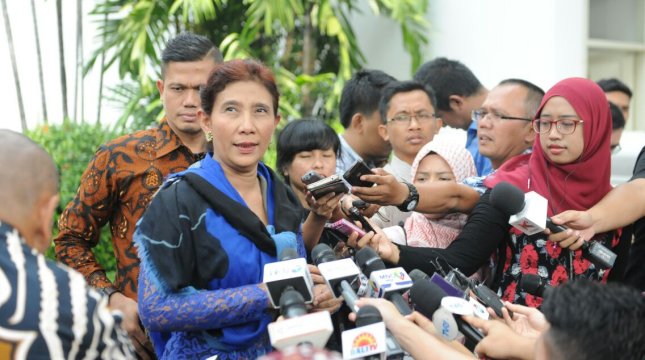 "Imports now ignore the recommendations issued by the CTF," said Susi Pudjiastuti in a working meeting with Commission IV of the House of Representatives, Jakarta, Monday (22/1/2018)

According to Susi, the recommendation for salt import is 2.17 million tons, which is often rounded up by various parties to 2.2 million tons.

She wants various parties not to politicize the problem of importing salt, but the recommendations issued by the CTF has been through the results of her investigation that the salt farmers' production has been good enough.

If there is an increase in prices in domestic-produced salt commodities, she added, and then it actually benefits the national salt farmers who have produced these salt commodities in various regions.

Therefore, the Minister of Marine Affairs and Fisheries wants the Commission IV of the House of Representatives to also pay attention to these issues so that salt farmers and members of their families can also increase their welfare.

As it is proclaimed, the government is ready to import 3.7 million tons of industrial salt to meet the needs for the industry to make good planning to encourage business expansion.