Modalku Focus On These 3 Sectors In 2018 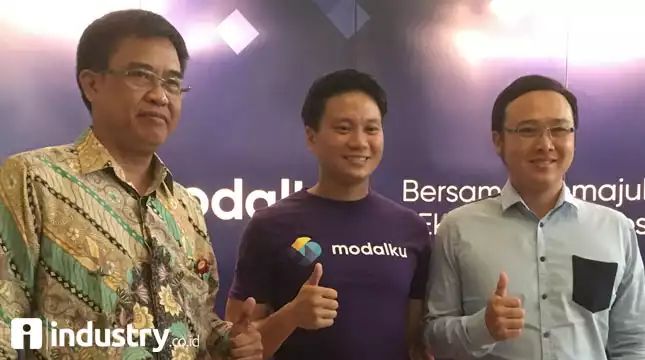 INDUSTRY.co.id - Jakarta - Lending and borrowing services provider based on information technology, Modalku will focus its fund distribution on three segments in 2018, namely trade, manufacturing and services.

"Our data show that at the end of 2017, about 87% of Modalku disbursement is intended for those industries," said co-founder and Chief Operating Officer (COO) of Modalku Iwan Kurniawan in Jakarta, Thursday (25/1/2018).

For the trading segment, Modalku will provide capital access to both "online" and "offline" business actors. Currently there are about 800 business actors in the trade sector who get capital assistance from my capital.

Then, for the manufacturing segment, Modalku will target business actors who own factories or who need raw materials to expand.

As for the service segment, some examples of businesses whose loans will be funded by Modalku include advertising service providers to "outsourcing" for security and hygiene personnel.

"This year my capital will be more active in the role of empowering SMEs, our hope is that Modalku's presence in the financial technology industry in Indonesia contributes to financial inclusion in Indonesia," he said.

Modalku is a trademark of PT Mitrausaha Indonesia Group, which was launched in January 2016 and supports MSME market in Jakarta, Bogor, Depok, Tangerang and Bekasi.

Starting in January 2017, Modalku expanded its service to Bandung area and since May 2017 to Surabaya area. UMKM borrowers with a minimum business turnover of Rp20 million per month can apply for a business loan without collateral up to Rp 2 billion.

In addition to Indonesia, Modalku as a borrowing service based on information technology borrowing has also been operating in Singapore and Malaysia under the name Funding Societies.

Collectively, Modalku and Funding Societies have disbursed Rp1 trillion in loans to more than 2,000 MSMEs with approximately 45 thousand lenders. Especially in Indonesia, Modalku has channeled more than Rp540 billion to about 1,500 MSMEs.

Implementation of business activities Modalku is supervised and regulated by OJK under the Regulation of the Financial Services Authority Number 77 / POJK.01 / 2016 concerning Borrowing Services Borrowing Money Based on Information Technology.