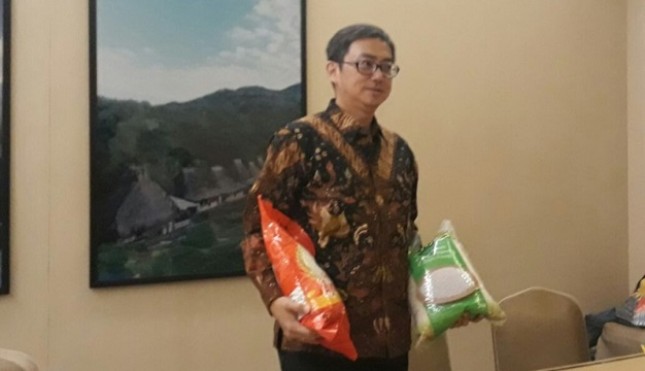 "The noise that we are most afraid of will spread to the certainty of trying," said Chairman Apindo Anton J Supit in a press conference in Jakarta, Friday (28/07/2017)

According to Anton, the fear if not addressed then not only will impact to local entrepreneurs but also foreign parties who want to invest.

In fact, he said, currently the most needed by the nation is the existence of employment in order to overcome unemployment and poverty.

"If you want to create jobs then investment should come in. If there is a policy that causes fear then it can cause unemployment," he said.

He argues that the case of sealing rice that became crowded in the community also because of the institutions that do not understand their functions and their respective duties.

Separately, after holding a two-hour closed-door meeting with the rice businessman, Trade Minister Enggartiasto Lukita conveyed the withdrawal of Permendag 47/2017 on the Pricing of Reference of Purchase Reference in the Farmer and the Sales Reference Price in the Consumer, so that there is no concern for the rice trader in his business activities Resulting in a decrease in stocks in Cipinang Rice Market.

"The subsidy is the subsidized sectors of production, the fertilizer is subsidized, the seeds are subsidized," explained the Chief of Police at the Merdeka Palace, Jakarta, Tuesday (25/7).

He said, in Jakarta, Sunday (23/7), it did not know that the purchase of grain from farmers who use subsidized fertilizer is prohibited.

"Until now we are not aware of any prohibition regulation of purchasing grain using subsidized fertilizer," he said.

Meanwhile, Vice Chairman of House Commission VI Viva Yoga Mauladi stated, Food Satgas is expected to use accurate data because it has a very important function to oversee a number of basic needs of citizens.

According to Viva, the Food Satgas must also be careful not to be infiltrated by the interests of certain parties or trapped in "moral hazard" in handling a case.