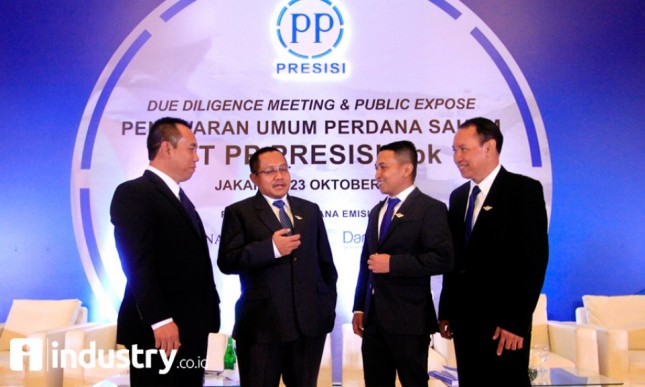 Most of the budget will be allocated to buy 500 700 units of dump trucks, then escavator and bulldozer.

Some again buy land area of ​​about 10 hectares in Bekasi or Cikarang, West Java for the expansion of the warehouse or heavy equipment parking.

The financial director of PPRE, Benny Pidakso, said that the company still has the proceeds from the initial public offering (IPO) of around Rp 1 trillion, some of which can be used for capex.

The rest we can use the banking loan facility, he said some time ago in Jakarta.

According to him, the net gearing ratio at 0.1 times has wide space to access external funding.

But we prefer banking loans, he explained.

The acquisition is said to be Iswanto is targeted to occur in the first half of 2018 with an allocation of approximately Rp320 billion.

It is said Iswanto is currently doing due diligence for the corporate action plan.

The company to be acquired according to him is a Japanese company engaged in the field of erector.

In addition, PPRE will also buy shares of local companies engaged in the foundation.

The local company we want to acquire has a huge market outside the parent company, PT PP (Persero) Tbk., He said.

He added that the funds used for acquisitions go into capital expenditure allocation in 2018 worth Rp1.6 trillion as mentioned above.

As previously known, in the past year PPRE has acquired 51% shares of PT Lancarjaya Mandiri Abadi (LMA) worth Rp331.5 billion.

The funds used for the acquisition of LMA said Iswanto sourced from the company's internal cash.