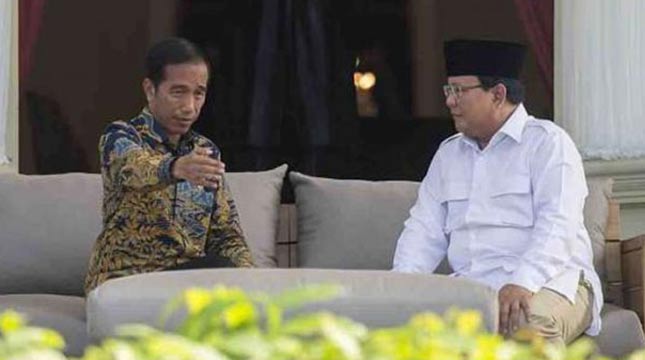 INDUSTRY.co.id - Jakarta - President Joko Widodo and General Chairman of Gerakan Indonesia Raya Prabowo Subianto are still the strongest figures to become presidential candidates in the 2019 election, based on a survey conducted by Poltracking Indonesia on January 27-February 3, 2018.

Executive Director of Poltracking Indonesia Hanta Yuda in Jakarta, Sunday (18/2/2018) the electability distance of the two figures was not too different from the previous survey in November 2017, namely Jokowi elektabilitas 45-57 percent, while Prabowo 20-33 percent.

"Beyond these two figures, all the old and new elite political figures who emerged in electoral dynamics in the last three years are less than five percent elektabilitasnya," said Hanta Yuda.

Although Jokowi's electability far above Prabowo by a margin of 20 percent or more, it is still not secure because of its electrocentty below 60 percent.

Associated with candidate vice president, a survey of 1,200 respondents with a margin of error of 2.83 percent indicates there are six figures for vice versa incumbent Jusuf Kalla who has electability above five percent with a significant gap with other candidates.

However, if Jusuf Kalla is included in the vice president's market, then he remains the most powerful figure compared to other figures.

Hanta Yuda said based on Indonesia's constitutional and constitutional constructions and party movements in recent months, he referred to the four coalition scenarios.