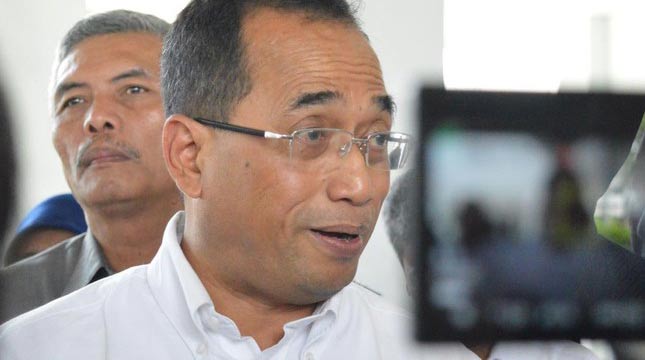 INDUSTRY.co.id - Jakarta - The position of Indonesia is considered very strategic as a trade route, especially the world sea freight.

Minister of Transportation (Menhub) Budi Karya Sumadi said 90 percent of the world's trade routes are transported by sea and 40 percent of the trade passes through Indonesia.

Admittedly, this is an opportunity for Indonesia to become the world's maritime shaft by improving the integrated sea transportation system.

Minister of Transportation explained, in 2017 ago, Indonesia was ranked 36th in global competition in the world. The rating increased from the previous year which was in position 41.

Furthermore, the government has built 124 units of vessels for pioneer vessels and the implementation of sea toll programs aimed at reducing the level of price disparity in the West and East of Indonesia.

This is in line with President Jokowi “Nawacita” which aims to make Indonesia sovereign politically, independently in economy and personality in culture.

"We built 124 ships for pioneer ships, rede ships, pelra ships, cattle ships and container ships as well as sea tolls. In 2018, the sea toll has reached 15 routes that are expected to be able to reach and distribute the basic necessities throughout Indonesia, "said Minister of Transportation.

By 2017, sea toll programs have yielded results through a reduction of price disparities up to 23 percent in eastern Indonesia. This of course improves the equitable welfare for the people of Indonesia.