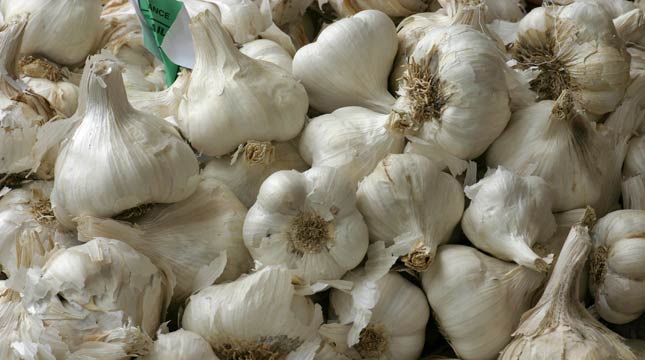 INDUSTRY.co.id - Jakarta - The obligation to grow garlic for the importers of commodities is considered ineffective in maintaining domestic garlic stock because it is hampered by limited land to meet local market needs.

Head of Research Center for Indonesian Policy Studies (CIPS) Hizkia Respatiadi in Jakarta, Tuesday (6/3/2018) said tens of thousands of garlic fields have now been switched to other crops, which coincide with the number of garlic farmers who switch to other plants.

According to Hizkia Respatiadi, garlic land is currently estimated at about 2,000 hectares.

"The function of garlic land has been happening in many places, besides the narrowing of agricultural land, soil fertility in Indonesia is also declining. This condition is one of many causes of self-sufficiency target becomes irrational," he explained.

In addition, he said, it is mandatory that garlic importers to plant garlic are feared to have a negative impact on consumers because it will make the importers spend extra costs.

This extra cost is feared that Hezekiah will have an impact on the selling price of garlic to the public.

"The government should not punish importers because they are just following the needs of the market, they certainly do not want to bear more 'cost' with this obligation.This will have an impact on the selling price, again the disadvantaged communities," Hizkia explained.

Furthermore, Hizkia stated that the government's garlic self-sufficiency target is also not paying attention to the condition of farmers. In fact, he continued, onion farmers are faced with more and more challenges to produce a good onion.

Meanwhile, the Indonesian Farmers Community Forum (Fortani) assesses the obligation of importers to grow garlic as much as five percent of the volume of imports is only a mere formality.

Chief of Farmers Empowerment Division Fortani Pieter Tangka in his statement in Jakarta on Thursday (15/2) said that the regulation tends to be a formality because of the constraints of land and garlic seeds.

According to Pieter Tangka to media crews, the planting of garlic that must be on land above 1,000 meters of land surface is difficult because of the limited location and the potential to cause erosion in the highlands.

Earlier, Police Head of Food Inspection Unit Inspector General Setyo Wasisto said that it will review the Regulation of the Minister of Agriculture which requires the importers to plant garlic as much as five percent of the total import quota.

"We will check it to Kementan because if it is burdensome to the entrepreneurs who want to import and eventually they do not want to import, there will be no goods," said Inspector General Setyo at Police Headquarters, Jakarta, Monday (12/2).

Minister of Agriculture Amran Sulaiman in a number of occasions stated that he is very confident that garlic self-sufficiency target can be achieved in 2019.