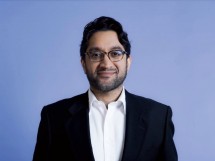 The operation of Telkom Craft took place at JCC Senayan Hall from March 22 to March 25, 2018.

Alex said the second event was held by inviting 400 Small and Medium Micro Enterprises (MSMEs) which all payments can use T cash and can be online after the event is over.

He mentioned there are 180 districts of UMKM origin that they are scouted by Creative House of SOEs.

"Each MSME booth has been listed at blanja.com, Telkom Craft as expected should be better, side number, Telkom's selection process," he said.