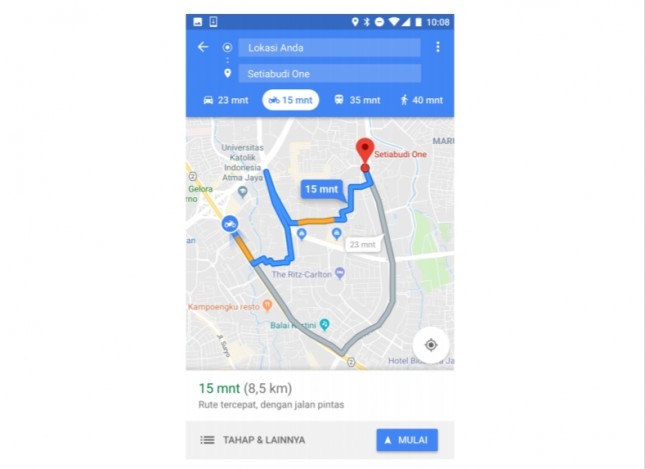 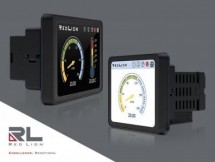 So far there has been no special navigation mode for motorcyclists. Though the volume of bikers in Indonesia somewhat much. Almost everyone has and needs a motorcycle. In fact, the number of motorcycles on the streets of Indonesia 7 times more than cars.

Motorcycles have specific needs. Motorists can take routes that cannot be passed by cars such as narrow streets and alleys. There are also certain roads that motorcycles cannot pass, such as toll roads. Motorcycles also often drive at different speeds than cars. Previously, ordinary motorists estimate the time arrived at the destination by combining the route of walking and car routes.

The "Motor Special Routes" feature can help by providing more accurate travel time information (using machine learning model based on motorcycle speed), then a special route that includes shortcuts and narrow paths for motorcycles without going through toll roads.

Google Maps plans to open API support for anyone engaged in freight forwarding or services, such as online transport companies and expeditions.

"We want to provide an experience that best fits the local situation and best suited to meet the needs of local people. Special features for motorcycles are the most requested features of Indonesian society. We listen to your feedback -and now we are happy to offer this new feature, which hopefully can make it easier for people to travel on motorcycles in Indonesia," said Dane Glasgow as Vice President of Product Management Google Maps.

Previously, Google Maps already has a number of features to help Indonesians on the go, i.e. Google Maps has worked with popular online transport services (like GO-JEK, Grab and Uber) so users can easily find taxis or taxis when they need it in 2016 Google Maps has also added real-time information to the Commuter Line KRL and Google Maps has included real-time bus info for Transjakarta buses since 2016 and by 2018 Google Maps launches new features that can help public transport users not to miss a place stop. Users in Indonesia do not have to worry about skipping stops because Google Maps will send a notification if it's time to go down.

Beneficial features like this are one of the reasons Google Maps usage rates have doubled over the past year.