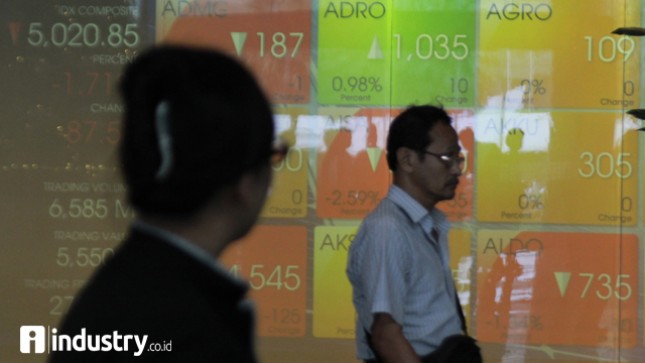 INDUSTRY.co.id - Jakarta - PT Perdana Karya Perkasa Tbk (PKPK) revenues is targeted to reach Rp24 billion in 2018. That is 115.25 percent higher compared to the actual revenue of 2017 companies of Rp11.15 billion.

"Such revenue target can be achieved if the company this year can achieve two of the four new contracts of oil and gas supporting services project in the Santos oil field (Madura Offshore) Pty. Ltd.," said Untung Haryono, Director and concurrently Corporate Secretary of PKPK, after the incidental public exposure event at BEI, Monday (09/04/2018).

Fortunately, the contract value of new Santos contracts around Rp44 billion per contract. Management targets the company to achieve one or two new contracts, bringing the total value of the new contract targeted by Santos to reach Rp88 billion.

"In addition, we also expect to get a new contract from PT Greatwall Drilling Asia Pacific worth Rp13 billion this year. Thus, the total number of new contracts we have targeted this year is around Rp101 billion," said Untung.

According to the plan, the company's management will include the company in the tender of four projects from Santos (Madura Offshore) Pty. Ltd., and one PT Greatwall Drilling Asia Pacific project. Meanwhile, the announcement of the winner of the tender for the Santos project was only made in May 2018. Then, the new process can begin three months later.

"If the three new contracts can be achieved, then the company has a chance to book a net profit of between Rp2-3 billion," said Untung.

According to Untung, the company's losses were the result of high operating expenses in previous years when the company expanded into the coal sector. Conditions that make the company experiencing liquidity difficulties. Therefore, the company focused back to run the oil and gas supporting services business. (Abraham Sihombing)