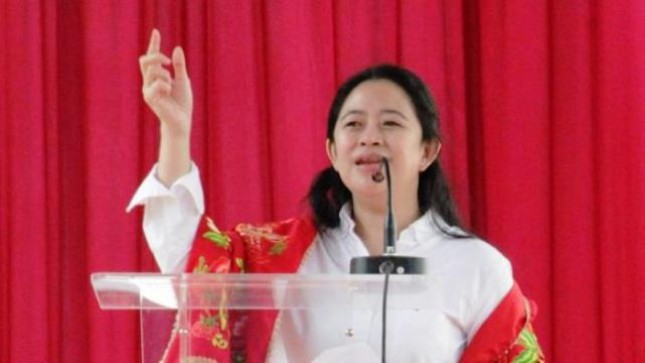 "The government wants to develop a moderate Islamic curriculum in Indonesia, starting from elementary school to university, Al Azhar Egypt is expected to play an active role in the development of the curriculum," said PMK PMK accompanied by Indonesian Ambassador to Egypt Helmy Fauzy and Deputy Minister of Foreign Affairs Education and Religion.

Former Chairman of the faction of PDI Perjuangan DPR RI expressed his appreciation for the commitment of Al Azhar College to send its teachers to Indonesia and provide scholarships for the ustadz from Indonesia.

Currently, he said, there are about 4,600 Indonesian students studying in Al Azhar.

"A lot of Al Azhar alumni became public figures after returning to Indonesia," he said.

Meanwhile, Grand Sheikh Al Azhar appealed to Indonesian students not to be affected by radical groups and deviant movements.

He also hopes that the Indonesian Government can provide scholarships to 607 students who currently live outside Al Azhar dormitory.

"It is important to monitor students not to be affected by groups that are not clear," said Grand Sheikh.

Grand Sheikh said, accepted the invitation of Minister Paran Maharani to discuss the curriculum, so that Al Azhar can contribute to the establishment of the International Islamic University of Indonesia (UIII) as the development of moderate Islam.

According to Puan, UIII campus will require a competitive lecturer in their field, so there is an opportunity to work together with the ulama to help develop UIII.

Coordinating Minister of Transportation (PMK) hopes that there are Indonesian people who are also deepening religious knowledge especially related to the fatwa. "Insha Allah, Al Azhar is ready to send lecturers to teach in UIII to develop fast, very happy to meet with Bung Karno's family," said Grand Sheikh.

On the occasion, Puan conveyed greetings and messages from President Joko Widodo and Chairman of the Board of Directors of the Ideology Board of Pancasila (BPIP), Megawati Soekarnoputri, to the Grand Sheikh. Acknowledgments were also conveyed on the willingness of Grand Sheikh Al Azhar to be the keynote speaker at the "High Level Consultation of World Muslim Scholars on Wasatiyat al-Islam (HLC-WMS) forum in Bogor, on 1-3 May 2018.

"I am very happy that Mrs. Coordinating Minister is pleased to be present Thank you for the invitation from the President of RI to attend the meeting in Jakarta and thank you also for Mrs. Megawati's invitation," added Grand Sheikh.

Grand Sheikh also expressed his happiness to meet the grandson of the first President of RI Soekarno. As a form of respect for building an Indonesia-Egypt relationship, Al Azhar has awarded a Doctor Honoris Causa to Bung Karno.

"I know Bung Karno well since high school and I am very happy today to meet Bung Karno's grandson We know Sukarno as the initiator of the Asia Africa Summit in Bandung," said Grand Sheikh.

According to Puan, the development of moderate Islamic thought needs to be done from an early age and together and should be the responsibility of all Islamic religious leaders in the world