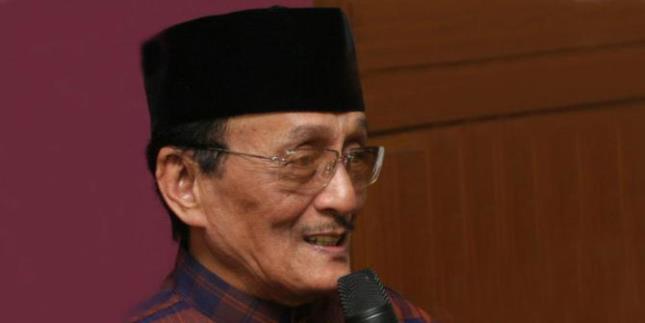 Monika Rudijono Officially Becomes President of Uber Indonesia, This is Her Profile

INDUSTRY.co.id - Surabaya - Former East Java Governor Basofi Soedirman died at the age of 77 years due to illness at Medistra Hospital Jakarta on Monday at 10:58 pm.

In the post, Charis on behalf of the family also apologized to the public if during the life of the deceased had made mistakes and mistakes.

Meanwhile, one of his relatives said the body of the deceased Basofi Soedirman will be buried in Sandiago Cemetery in Karawang by first laid in the funeral home of the area of ​​East Kemang.

Basofi Soedirman is a retired army officer with the rank of Major General born Bojonegoro, December 20, 1940 who served as Governor of East Java period 1993-1998.

Not only that, Basofi who is known for his special eye glasses had enlivened the Indonesian music market by singing a song titled "Tidak Semua Laki-laki".