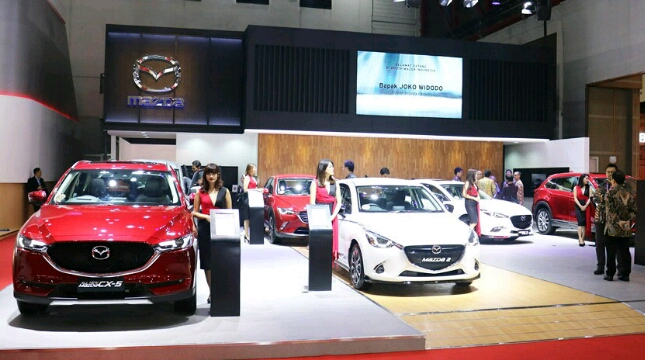 "As the official distributor we show the Mazda unit that became the mainstay to the consumer so it reached 700 units," said President Director of PT EMI, Roy Arman Arfandy, in Jakarta, Monday (30/4/2018).

Of the total sales achieved, Mazda2 contributed to sales of 149 units or 22% of total sales during IIMS 2018.

Other sales contributed by other models, such as the Cross-Over Mazda CX-3, Mazda's most premium SUV, The All New Mazda CX-9, even the MX-5 RF roadster were able to sell 3 units during the exhibition.