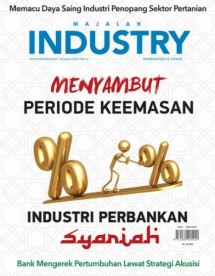 INDUSTRY.co.id - Jakarta - President Director of PT Bank Muamalat Indonesia Tbk Achmad K Permana said there are three potential investors from inside and outside the country who are interested to inject capital into the pioneer of sharia banks in Indonesia.

"There are three potential investors, two from outside, one domestic, three of them still 'on progress', but I cannot confirm the specifics until later when 'sign' and 'agree' with us," said Achmad in Jakarta , Friday (4/5/2018)

"So there is from within the country as well. After 'conform', we will 'disclosed' who," said Achmad.

PT Minna Padi Investama is said to be ready to become a standby buyer of Bank Muamalat's 'rights issue' but canceled because it was unable to meet its obligations before the deadline determined according to the agreement.

However, in terms of the ratio of non-performing financing (NPF) rose to 4.43 percent from last year amounted to 3.83 perse. Earnings also fell as much as 67.55 percent to Rp26.12 billion from Rp80.51 billion last year.

Previously, the Financial Services Authority (OJK) also stated that Bank Muamalat did not experience any worsening liquidity issues but needed investors who could inject capital for business expansion.

Chairman of the Board of Commissioners OJK Wimboh Santoso said the capital is needed Bank Muamalat because it is reasonable if the banking sector decided to grow and develop more optimally.

Moreover, Bank Muamalat is a pioneer of sharia financial industry and listed as the first syariah bank in Indonesia.

The need for capital is called as normal because Bank Muamalat must continue to grow to carry out the intermediation function in a sustainable manner.

However, IDB decided not to increase the capital in Bank Muamalat because there are internal regulations that limit the ownership of capital is only 20 percent.

"With this condition, the development of Bank Muamalat stagnant, because the expansion requires additional capital," said Heru.

Therefore, Heru hopes that there will be a serious investor candidate to invest in Bank Muamalat for sharia finance industry in Indonesia to grow better.