Jokowi-JK Government Has Not Able To Welfare Labor 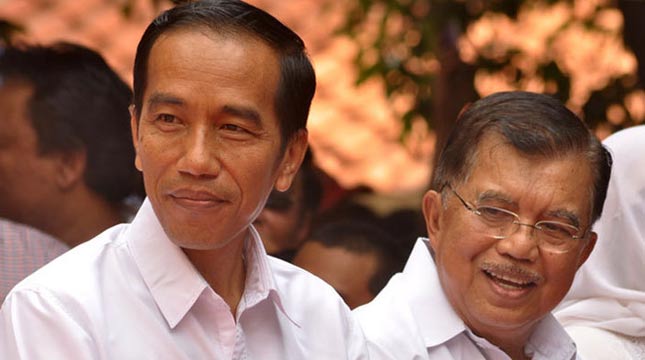 INDUSTRY.co.id - Jakarta- The Joko Widodo and Jusuf Kalla governments have not been able to improve the economic growth and welfare of workers and the people, said President of the Confederation of Indonesian Workers Union (KSPI) Iqbal.

"Economic indicators include, first, stagnant economic growth at 5 percent per second quarter of 2017, while the public purchasing power of free fall is indicated by household consumption that grows below 5 percent, due to the issue of Government Regulation No. 78/2015 limiting minimum wage increases," Said Iqbal in a written statement in Jakarta, Tuesday (08/08/2017)

Second, labor absorption per semester I fell 141 thousand people compared to the year 2016. While the investment that comes more capital-intensive is not labor intensive. If it continues to be left unemployment will explode because of the increasingly narrow field work.

"Fourth, the package of economic policies that amounted to 15 proved unable to withstand the rate of decline in the manufacturing industry. The growth of manufacturing industry fell sharply in the second quarter of 2017 from 4.24 percent to 3.54 percent. The impact of large-scale layoffs III has started since Beginning of 2017," he said.

Iqbal said the above macroeconomic picture indicates that the government has not been able to improve the condition of the national economy. In fact, various efforts have been made to accelerate economic growth, from 15 volumes of policy package to tax amnesty as a tactic to enlarge tax revenue.

"Tax Amnesty which is claimed as the most successful in the world does not seem to meet the state revenue target," he said.

Recently, the finance minister plans to raise the limit of Taxable Income (PTKP) from 4.5 million per month to the Provincial Minimum Wage.

This shows the government's serious partiality to businessmen.

Another problem that affects the welfare of workers is the workers who are being laid off and 6 months after the dismissal does not benefit BPJS Health.

It is very burdensome workers and / or family members when falling ill in the middle of the situation of layoffs that nota-bene lost revenue.

"Not only economic matter, democracy has been injured lately through the passing of the Election Law. Election Law is laden with the desires of certain political parties who want to strengthen their power. The electoral law is a reflection of the strengthening of political oligarchy at the state level," he said.

The above issues are a few examples of so many perceived by the workers. Therefore, based on the reflection of the current national and labor economic situation and current conditions, the Indonesian Trade Unions Confederation (KSPI) has simultaneous action in Jakarta and several major cities, such as Batam, Medan, Bandung, Makassar, Serang, and others.

"In Jabodetabek area, the action will be centered at the State Palace with a gathering point at Indosat Horse Statue, Cross Monas Southwest at 10.00 wib up to 18.00 wib with the mass of about 5,000 workers," he concluded.