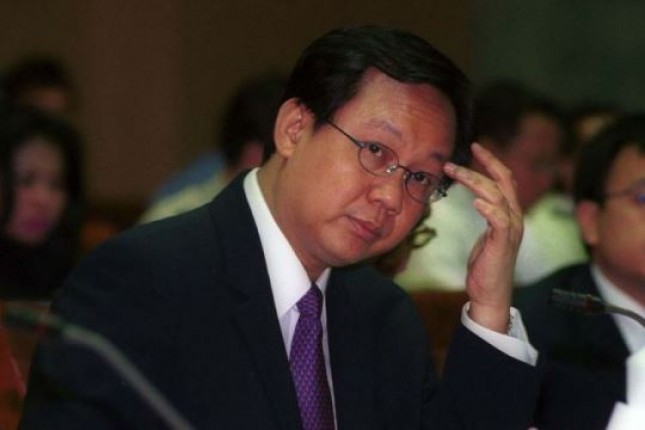 "The point is we reject the exception," said prosecutor Haerudin in Corruption Court (Corruption) Jakarta, Monday (28/05/2018).

The defendant indicted by the public prosecutor is to cancel the receivables of Bank Dagang Indonesia (BDNI) to the fish farmers guaranteed by PT Dipasena Citra Darmadja (DCD) and PT Wachyuni ​​Mandira (WM) and issue a letter of fulfillment of shareholder obligations even though SJamsul Nursalim settle its obligations.

The obligation in question is against the mistake in presenting BDNI's token to the farmers to be handed over to IBRA as if the accounts were current.

"The act as described in the second allegation indictment or second alternative indictment is clearly a criminal offense and not in the civil law domain," the prosecutor said.

At the hearing on May 21, 2018, lawyer Syafruddin expressed his objection to the BPK audit report because it was used by the KPK to declare his actions with other parties to harm the state finances worth Rp4.58 trillion.

Furthermore lawyer Syafruddin also considered that the actions of his client and Chairman of the Financial Sector Policy Committee (KKSK) Dorojatun Kuntjoro-Jakti have entered the subject matter of the case.

According to the prosecutor, the public confessor has the authority to merge cases when the time is the same or almost simultaneously, as well as the separation of the case as Article 142 KUHAP.

In this case Syafruddin Arsyad Temenggung as the Chairman of IBRA for the period of 2002-2004 was indicted together with the Chairman of the Financial Sector Policy Committee (KKSK) Dorojatun Kuntjoro-Jakti and the owner of Bank Dagang Negara Indonesia (BDNI) Sjamsul Nursalim and Itjih S Nursalim has done the write-off of BDNI to the farmers of the pond guaranteed by PT Dipasena Citra Darmadja (DCD) and PT Wachyuni ​​Mandira (WM) and issued the Letter of Compliance with the Obligation of Shareholders to the detriment of state finance up to Rp4.58 trillion.