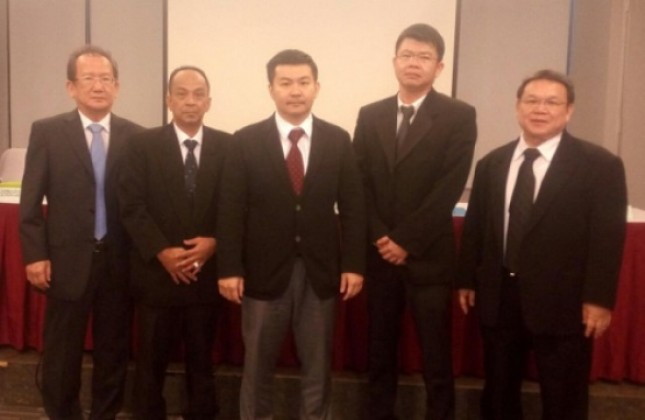 Throughout the Year 2017, Ricky Putra Globalindo Targets Performance Growth Up To 10 Percent

INDUSTRY.co.id - Jakarta - Sales of PT Ricky Putra Globalindo Tbk (RICY), manufacturer of men's underwear branded GT MAN, is targeted to grow 10-15% this year. Compared to the realization of 2017 of Rp1.6 trillion, RICY sales this year are estimated to reach between Rp1.76-1.84 trillion.

"As long as there is no significant domestic economic and political turmoil, we are optimistic to achieve the target this year," said Tirta Heru Citra, Director of RICY, in Jakarta, Monday (05/06/2018) evening.

Tirta said, the company's sales during January-March 2018 reached Rp524 billion, or grew 40% compared to the same period in the previous year amounted to Rp374, 29 billion.

"Throughout the first three months of this year, we have realized sales between 28-30% of the full year target of 2018," said Tirta.

Meanwhile, as Tirta, RICY sales ahead of Lebaran this year is expected to increase between 30-40%. Therefore, RICY management is optimistic to achieve this year's sales target.

"In addition, we will also continue to make operational cost efficiencies to stabilize its production activities. Therefore, the company still will not increase its production capacity, "Tirta pungks. (Abraham Sihombing)