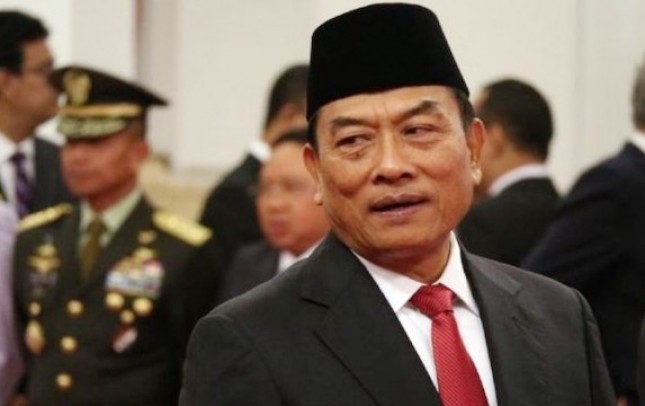 INDUSTRY.co.id - Jakarta - Moeldoko Presidential Chief of Staff said Eid ul-Fitr is a moment for unity that should be reflected and practiced in the life of society, state, and nation.

"Eid is a condition where everything goes back to zero, all bad things we undertake, clean again This country belongs to us together, and united into the key of Indonesia to move forward We must raise each other, do not shrink each other. This is our moment to unite, not a divorce, let alone a paradoxical dispute of the meaning of Idul Fitri, "said Moeldoko in Jakarta, Friday (15/06/2018)

Moeldoko assess the potential of this nation is very large with all the diversity of ethnic, cultural, and natural resources.

Therefore, of all these advantages, Indonesia should be victorious with all its potential.

"So it is unfortunate if all these potentials are eroded because their citizens are not united," added the former TNI Commander who also holds a doctorate.

The same is also expressed by the Vice Chairman of the Indonesian Ulema Council (MUI) Zainut Tauhid Sa'adi.

He invites Muslims after undergoing a series of worship during the month of Ramadan can further increase his obedience to the teachings of Islam and his concern for others, especially to the poor, the poor and orphans, by issuing zakat, infaq, alms and waqfs.

Especially Eid this year close to the national political agenda in the form of Pemilukada, Legislative Election and Presidential Election 2019, MUI assess differences in political aspiration is a common thing that should be viewed as a blessing in the life of nation and state.

Furthermore Zainut appealed to the Idul Fitri prayers to other than to convey the message of increasing faith and piety, brotherhood and peace to the pilgrims, also remind and increase the awareness of the dangers of terrorism, drugs, liquor, and all other forms of harmful deeds.