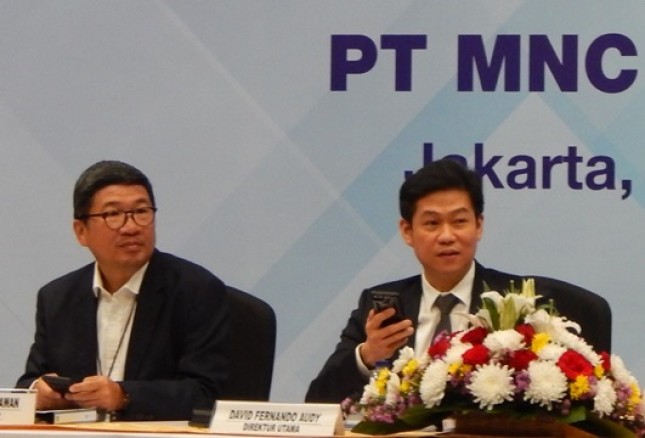 INDUSTRY.co.id - Jakarta - The management of PT Media Nusantara Citra Tbk (MNCN) plans to distribute cash dividend for fiscal year 2017 worth a total of Rp216.39 billion (Rp15 per share) at the end of July 2018.

"The total dividend value is 13.75% of the company's current comprehensive profit in 2017 worth Rp1.574 trillion," said David Fernando Audy, Director of MNCN, in the event of public exposure after the Annual General Meeting of Shareholders (AGM) Jakarta, Tuesday (26/06/2018) evening.

David said, the shareholders in the AGMS have approved the amount of the cash dividend. They also agreed that MNCN management should set aside a reserve fund of Rp 1 billion taken from its 2017 net profit.

"In addition, Rp508.66 billion of funds taken from the net profit or about 35% will be used to buy back the company's shares," said David.

David also revealed, MNCN revenue in 2017 was recorded at Rp7, 10 trillion, grew 5% compared to the previous year amounting to Rp6, 76 trillion. The revenue comes from advertising revenue, content revenue and so on.

"However, about 90% of the revenue is generated by four private televisions operated by the company, RCTI, MNC TV, Global TV and iNews TV. The fourth television has a 40% share of audience (audience share) and 45% market share (market share), "said David.

David said, MNCN revenue in 2018 is targeted to grow 8-10% to around Rp7, 67-7, 81 trillion. The revenue growth is sustained by increased revenue from advertising and various contents generated by the company this year.

"The majority of content generated by the company until now is the drama series and the big screen film. The Company currently has the largest talent company in Asia, "added David. (Abraham Sihombing)