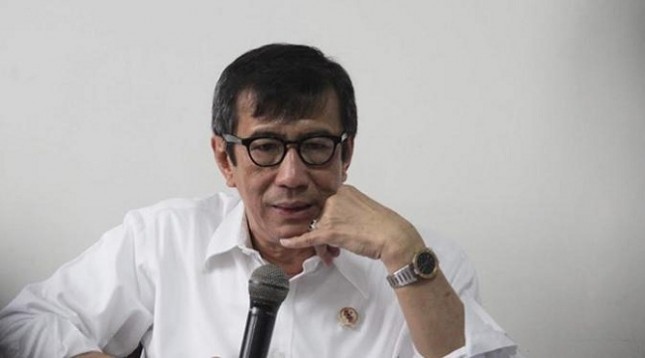 INDUSTRY.co.id - Jakarta - The Corruption Eradication Commission (KPK) summoned five witnesses in the investigation of corruption crime in the procurement of ID cards based on national ID number (electronic -KTP / KTP-e).

In the investigation with Irvanto and Made Oka suspects, the KPK is deepening related to the process of budget discussion or the flow of funds of e-KTP project.

Irvanto who is the nephew of former chairman of the House Setya Novanto has been set together Made Oka, businessman as well as colleagues Novanto as a suspect corruption ID-e on 28 February 2018 ago.

Irvanto allegedly joined the process of procurement of KTP-e with his company, PT Murakabi Sejahtera and participated in several meetings at the Fatmawati Ruko with the project provider team of the KTP-e project items, and was also suspected to have seen a five percent "fee" request to ease the process maintenance of the ID card-e budget.

Irvanto allegedly received a total of 3.4 million US dollars for the period January 19 to February 19, 2012 which is for Novanto layered and passed a number of countries.

While Made Oka is a voter of PT Delta Energy, SVP company in the field of "Investment Company" in Singapore which is suspected to be a holding company of funds.

Made Oka is alleged to be an intermediary of bribes for members of the House of Representatives amounting to five percent of the KTP-e project.

The most recent attacks (SolarWinds and Kaseya for supply chain, and Colonial Pipeline, NBA, and Kia Motors for ransomware) have been highly disruptive.