Good Fundamentals, Weakening Rupiah Not to be Afraid 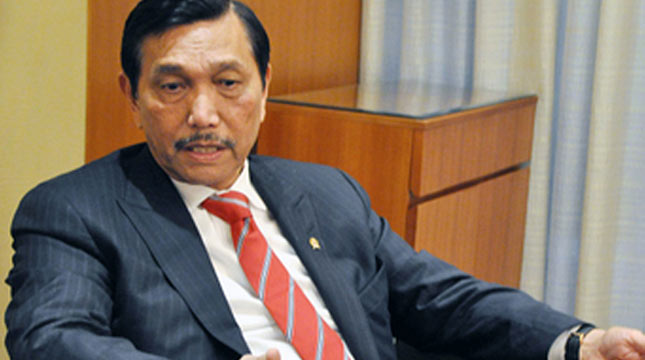 INDUSTRY.co.id - Jakarta - Coordinating Minister for Marine Affairs, Luhut Binsar Pandjaitan, said the weakening of the rupiah should not be feared because fundamentally, Indonesia's economy is still good.

"Rupiah is normal, it’s okay, no problem. Our economic fundamentals, inflation is good," he said at the Coordinating Ministry of Home Affairs Jakarta, Friday (20/07/2018)

Although Luhut acknowledged the country has a current account deficit, he believes the implementation of biodiesel mandatory B20 will be able to boost state revenues.

Indonesia's current account deficit, which continues to deficit, is a domestic factor that has kept the rupiah depreciated in addition to external economic pressures.

Under these conditions, Luhut ensured that rupiah conditions should not be worried although the Jakarta Interbank Spot Dollar Rate, announced by Bank Indonesia on Friday, showed that the rupiah traded at Rp14,520 per US dollar, down 102 points compared to the benchmark Thursday (19/7). Amounting to Rp.14.418 per US dollar.

"'Overall' (overall) I think there is nothing to worry about," Luhut added.

At the opening of trading this Friday, the exchange rate of rupiah traded interbank also weakened 35 points to Rp14,477 compared to the previous position of Rp14.442 per US dollar.

CSA Research Institute senior analyst Reza Priyambada said the rupiah's movement is still weakening as the impact of the US dollar hike is still responding to the speech of Federal Reserve Governor Jerome Powell for his optimism on stable US economic growth. Powell's optimism implies a potential rise in the Federal Reserve rate two more times in the rest of the year, after a double increase in the first half of 2018.

"Although on the other hand Powell does not convey in detail the monetary policy of the Fed in the future," he said.