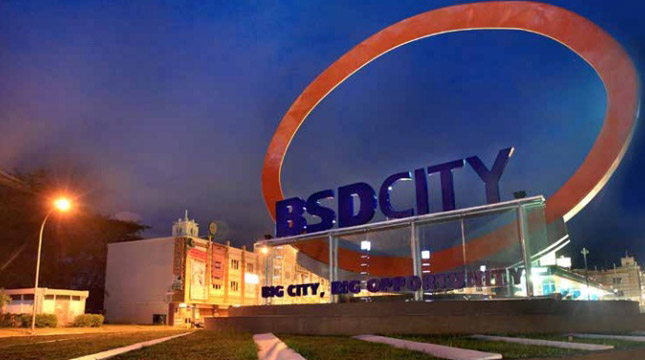 "The achievement of marketing sales in the first half has reached 52 percent of the full year target of marketing target in 2018 which was previously set at Rp7.2 trillion," said Hermawan Wijaya, Director of BSDE, in Jakarta, Friday (20/07/2018).

Hermawan said the spike in marketing sales is due to sales of almost all segments of property products experienced a very positive growth. Therefore, BSDE management is confident that this year's sales target can be achieved because the positive trend is predicted to continue until the end of this year.

Increased marketing sales BSDE, cannot be separated from efforts to launch new products of interest to consumers. In the first half of 2018, BSDE sales were underpinned by the launch of new clusters in The Zora, Jadeite, Tevana and Zeva in BSD City, where the launch was supported by the Easy Deal program from April to July 2018.

"Until the end of June 2018, marketing sales from the residential segment has reached 47% of the target this year," said Hermawan.

Meanwhile, according to Hermawan, the realization of marketing sales in the commercial segment has reached 58% of this year's target. The sales spike in this segment is supported by the launch of Klaska Residence in Surabaya with total sales of Rp368 billion and Southgate Apartment in TB Simatupang, South Jakarta with sales of Rp275 billion.

In the future, according to Hermawan, BSD City is planning to launch Kimora's latest cluster in The Zora at the end of July 2018. The Zora is a joint venture between the company and Mitsubishi Corporation, which holds 40% of BSDE shares. (Abraham Sihombing)