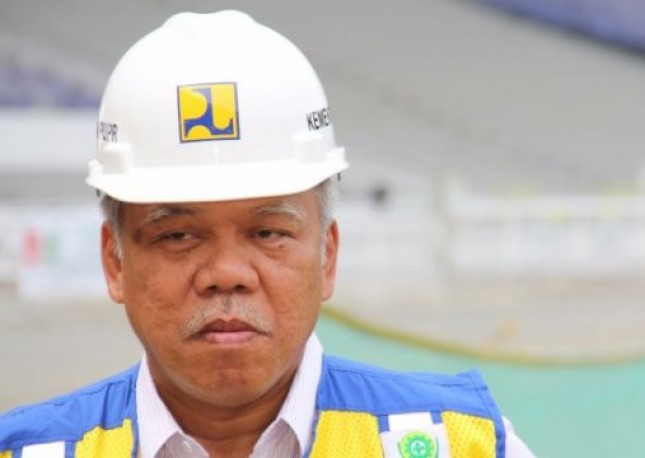 Minister of Public Works and Public Housing (PUPR) Basuki Hadimuljono as General Chairperson of the All Indonesia Paddle Sports Association (Podsi) who also witnessed the final of the number, also organized medals for athletes.

The athletes competing in this number are Tanzil Hadid, Muhad Yakin, Rio Rizki Darmawan, Jefri Ardianto, Ali Buton, Ferdiansyah, Ihram, and Ardi Isadi, with the Ujang Hasbulloh trainer. The Garuda team managed to record the fastest time of 6: 08.88 and followed by Uzbekistan in second place and Hong Kong in third place.

He added that previous athletes had been training hard for years to win gold medals. "So it's not easy to win gold at this Asian Games. The government will certainly give an appreciation of these sacrifices, "he said.

In other numbers, namely Men's Quadruple Scull, Men's Paddle Team won a silver medal and a bronze medal was won at Women's Four.

On the previous day, Thursday (08/23/2018), the Indonesian Paddle Team won the silver medal in men's light number (LM4) and the women's pair number bronze medal (W2). The total medals obtained from Rowing are as much as 1 gold, 2 silver and 2 bronze.