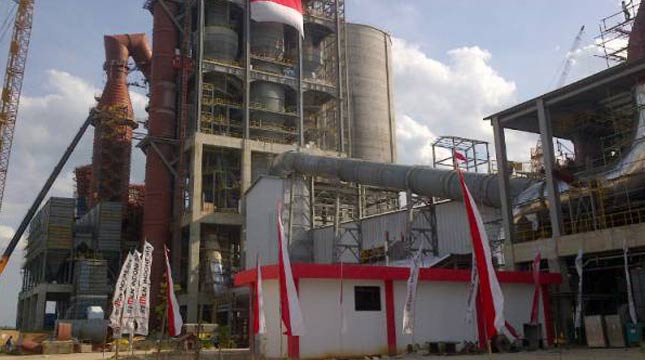 INDUSTRY.co.id - Jakarta - The operation of PT Semen Indonesia Tbk (SMGR) plant in Rembang has a positive impact on the company's performance.

"As a factory manager in Rembang, Semen Gresik enjoys a 10% sales increase in the period from January to July this year compared to the same period last year," said Semen Gresik President Director Gatot Kustyadji in Jakarta, Wednesday (8/23/2017).

"In the period from January to July, Semen Gresik's sales reached 8,139,303 tons, higher than the 9.8 percent growth in sales of cement in Java or 5 percent of national sales growth," Gatot said.

Gatot said the total demand for cement in Java Island during this period reached 19,690,556 tons. '' In the second half of this was felt there is a fairly high increase in demand. This month the demand also began to improve after the beginning of the year is quite lethargic, '' said Gatot.

However, the highest increase was experienced by bulk cement products. This is related to the start of infrastructure projects.

Semen Gresik supplies areas such as Java, Bali and parts of Kalimantan. Of the total sales, about 30% comes from East Java.