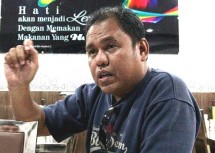 INDUSTRY.co.id - Jakarta - Report of alleged fraud under the guise of investment with the reported Jam`an Nurchotib Mansur aka Ustadz Yusuf Mansur (UYM) entered a new phase. Ditreskrimum, East Java Police in charge of this case has increased the status of the investigation into an investigation.

Polda Jatim then checked the complainant and the victims of UYM to complete the examination file. Through the second development letter numbered B / 1264 / SP2HP / VIII / 2017 / Ditreskrimum, East Java Regional Police dated August 11, 2017 and based on the title of the Case on 4 August at Kasubdit II Harda Bangtah Room, LPB / 742 / VI / 2017 / UM / JATIM (15/6/2017), raised its status from Investigation to Investigation. The status change was set after the discovery of the criminal elements in the case.

According to the reporting legal advisor, Rahmat K. Siregar, SH, East Java Regional Police has scheduled the calling of those named in the BAP related to Investment Condotel Moya Vidi, among them the coordinator of investor in Surabaya, the manager of CV. Bintang Promosindo, PT. Grha Suryamas Vinandito and Cooperative Indonesia Bersama.

With the increased status of this case from investigation into investigation, for Rahmat, became the beginning of the unfolding of problem investments from UYM which is familiarly known as "Ustadz Sedekah".

Darso Arief Bakuama asserted, what he did was not to criminalize the clergy. Because of the data and the fact that many victims were tempted by the UYM program who did not dare to report the alleged criminal act of fraud and embezzlement.

"As is known of many programs Yusuf Mansur on behalf of alms, umroh and haj business, PPPA franchise, coal, joint ventures, Hotel Siti and investment Condotel Moya Vidi, has legal loopholes that many harm the public. There is a wrong process in the collection of money, "said Darso.

According to Darso, see the amount currently handled, may still be small. However, when this legal process continues, it is hoped that there will be another victim to dare to report it.

"We must stop these illegal community fundraising patterns. So that enlightened society is what is alms and where is the actual investment, "he said.

The case is back into the public spotlight after UYM reported a number of residents of Surabaya to the East Java Police on June 15 and then on suspicion of investment fraud.

In the program, the reporter offers a certificate of investment at a price of Rp 2.75 million per certificate, along with the promised profit scheme.

Later, the program was considered problematic, then investment diverted to hotel business, not condotel as mentioned in the agreement. The customers are not satisfied. Moreover, the organizer of the investment program is only informed through the website. Some customers had reported the case to Police Headquarters and peacefully ended.

"The way of peace and the return of customers' money is a proof of Yusuf Mansur's admission of his mistake. But when there are other victims, Yusuf Mansur who once promised to return the money of customers who felt victimized, even complicate, "said Darso.

Darso realizes that he will face obstacles to uphold the truth by reporting the famous UYM figure. "I know very well who Yusuf Mansur is, so I will strive for my intention to reveal the truth so as not more victims are deceived again," said Darso.