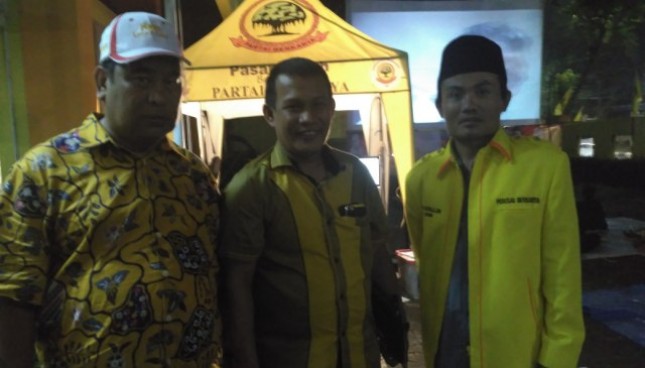 INDUSTRY.co.id - Jakarta - CSOs are pushing for Pancasila education subjects to be taught or become the main subjects of primary school to high school, to prevent the idea of ​​radicalism or even the ideologies that want to destroy the ideology of Pancasila.

"In the past my time there were subjects of moral education Pancasila (PMP), then changed to PPKN and Kewarganegaraan. We are taught Pancasila is not just a subject or cognitive aspect alone but we really implanted that Pancasila became the nation's philosophy, "said Secretary General of the organization DPP Perisai Berkarya, office at Jalan Pangeran Antasari, South Jakarta, Saturday (30/09/2017) night .

According to him, the influence of mass media and the advancement of technology and information and the influence of globalization make the generation of Indonesia must have some kind of filter.

"Pancasila can be a kind of way of life for all of us and can realize that our nation can live in harmony without having to contrast the differences," he said.

He added, appreciating the government's move in the screening of the historic G30 S / PKI movie again, because the mass organization of Perisai Berkarya invites all elements of society to watch the movie G30 S / PKI in his office yard.

Screening of this film he said is very good for current and future generations in order not to forget the history of the nation. The great nation is a nation that appreciates the history of the founders of its predecessors. Do not get big nation but do not know its history.