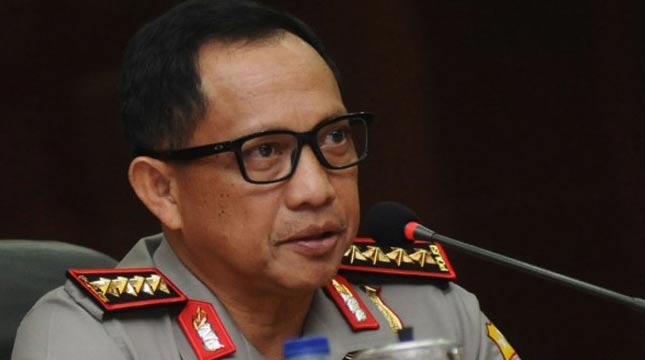 "The police will consider and will discuss internally about what steps will be taken to address this," Tito said at a hearing in the House of Representatives Commission III, Jakarta, Thursday (12/11/2017)

That, according to him, includes inviting experts from external, constitutional law experts, and criminal, in order to address what attitude Polri will be taken.

"Do not let the attitude of Police who implement this would be a boomerang and blame many parties," he said.

He explained that in view of the Criminal Procedure Code, not recognizing the involuntary call by the DPR, including those relating to the Police duties are not explicitly stated.

Then Chairman of Commission III of the House of Representatives, Bambang Soesatyo cut off Tito's explanation, and said that in the Act No. 17 of 2014 on the MPR, DPR, DPD and DPRD (UU MD3) it was explained that the DPR could make a forced calling effort by asking for help to the Police.

"This is a matter of involuntary calling, which we regulate in the law is the Police of the Republic of Indonesia.If the order is Pamdal, we do not ask the Police," he said.

Golkar Party politician asked the National Police to think deeply about it because it is set in the law so that if refusing the forced call will reduce the authority of the Act.

Tito then explained that in the Act in question Bambang did not explain the technical matter of the summoning his name because Polri could not give an attitude to this problem.

According to him, if there is one paragraph or one article that conveys that the technical involuntary summons and hostage adjusted with the Criminal Procedure Code. (Ant)