The rejection of the TNI Commander is an insult to Indonesia 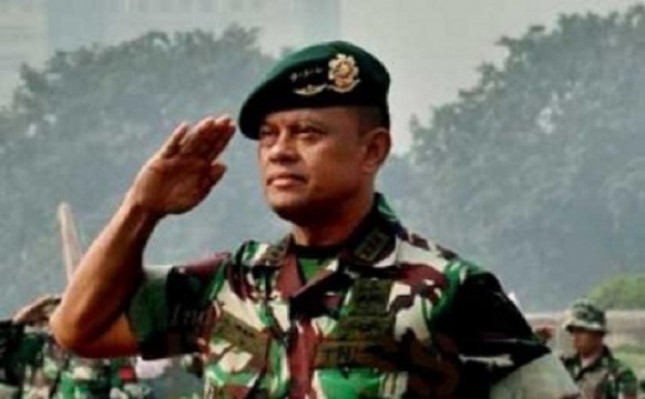 "For Gemura it is an affront for the Indonesian nation as a whole because the TNI is the people's army, the army that is born from the womb of the movement and the struggle of the people, santri and ulama," said Chairman Gemura Oktasari Sabil through a press release in Jakarta, Monday (23/20 / 2017).

Oktasari said until now it has been proven that TNI is the state institution with the highest trust and credibility level in the eyes of the people portrayed from the last survey.

Gemura asked the Government in this case the Ministry of Foreign Affairs of Indonesia to take firm by issuing diplomatic protest note with the highest level.

"Although the US ambassador has apologized but this is not enough, Gemura urged the relevant authorities in America in this case the US Kemenlu should give a detailed explanation to Indonesia because the people are now wondering," he said.

Gemura fully supports the TNI Commander who uses all the diplomatic channels through the government to settle this matter in dignity and honor as a great nation.

On Saturday (21/10), the TNI Commander and the delegation were already preparing to board Emirates airline to the United States, but when you want to check in notice that he was banned from entering the US. Whereas Gatot has pocketed the entry permit entry into the US.