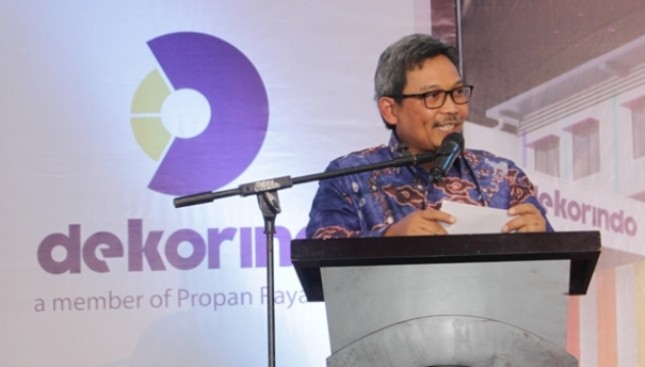 INDUSTRY.co.id - Jakarta - The national textile and textile industry (TPT) industry has increased demand by 30 percent, especially domestic market, thus contributing to the increase of production utilization to reach 5-10 percent in the first half of 2017.

In fact, the growth rate of the export-oriented labor-intensive sector also climbed by 1.92 percent (YoY) over the same period in the previous year.

"The positive performance is assessed by the national textile industry players, one of them is because of the role of the Task Force on Importation of High Risk Goods Imports established by the government," said Director General of Chemical, Textile and Multifarious Industries (IKTA) of the Ministry of Industry, Achmad Sigit Dwiwahjono in Jakarta 25/10/2017).

In addition, continued Sigit, another booster factor is through the implementation of fiscal and non-fiscal policy of some package of economic policies that have been issued by the government. This is a step to create a conducive investment climate.

In order to support the improvement of national TPT industry performance, the government also cut down regulations, licensing, and bureaucracy to facilitate industry players in trying in Indonesia.

In addition, guarding the wage system to ensure certainty for workers and business actors, developing a bonded logistics center (PLB), and implementing a vocational education program that links and matches between Sekolah Menengah Kejuruan and industry.
With these policies, the Ministry of Industry targets the growth of national textile industry by the end of 2017 to reach 2.59 percent with export value of USD 12.09 billion and employment of 2.73 million people.

Meanwhile, by 2019, it is projected that the growth rate of TPT industry will reach 3.56 percent with export value of USD 15 billion and employment of 3.11 million people.

"Moreover, the national textile industry is known to have good quality in the international market so it can be a strong capital in expanding the global market," he said.

This potential, according to Sigit, should continue to be utilized and supported through concrete steps. For example, through collaboration between the fabric industry and national and international designers.

"This is to build synergy toward national branding as a strategic effort to build self-reliance of national textile industry," Sigit lid.