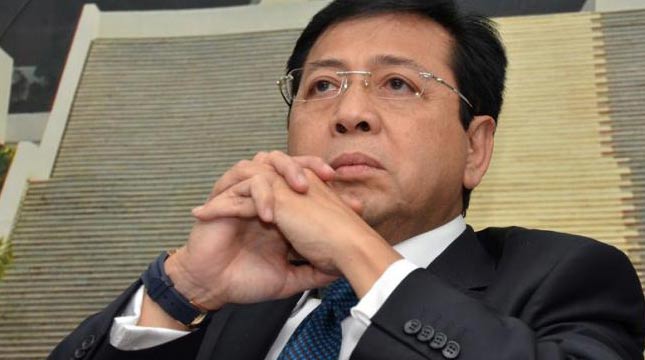 INDUSTRY.co.id - Jakarta - The Corruption Eradication Commission (KPK) said it was ready to face any legal opposition that Setya Novanto might adopt after being re-assigned to suspect alleged corruption of KTP-e-ID on Friday (10/11/2017).

"Any legal possibility can certainly be done by any party in which interest is concerned, as long as it is available, of course the KPK will face in accordance with applicable law rules, for example, when there is resistance from the substance aspect we will support the substance," said the interpreter Talk KPK Febri Diansyah in Jakarta, Friday (10/11/2017)

Regarding Setya Novanto who is likely to file a pretrial return, Febri confirmed it would focus first on the investigation process.

"We are focused on this investigation process," Febri said.

He also ensures the Commission will re-call the witnesses to be examined in the investigation with suspects Setya Novanto.

"We will also examine the witnesses in the investigation process with the suspect Setya Novanto to explore further the construction of this KTP-e case," said Febri.

Febri also stated that he would not summon all the same witnesses as in the investigation of Setya Novanto before.

"From the evaluation result of the investigating team only relevant witnesses, so it is not necessary that all the witnesses should be summoned for questioning and there are also some new witnesses who have not been summoned in the trial process for Irman and Sugiharto who also need we check further," he said.

Setya Novanto as a member of the House of Representatives (DPR RI) 2009-2014 period together with Anang Sugiana Sudihardjono, Andi Agustinus alias Andi Narogong, Irman as Director General of Population and Civil Registration of Kemendagri and Sugiharto as Commitment Maker Komitment (Dirk Dukcapil Kemendagri and alleged comrades) with the aim of benefiting oneself or others or a co-op, appropriating the authority of opportunity or the means available to him because of his position or position so that it is suspected of causing the state financial loss to the state's economy at least Rp2.3 trillion of the procurement package value of around Rp5.9 trillion in the procurement of packages implementation of KTP-E 2011-2012 Kemendagri.

Previously, Setya Novanto was once appointed KPK as a suspect KPK-e project case on July 17, 2017 ago.

However, the South Jakarta District Court through Single Judge Cepi Iskandar on September 29, 2017 granted pre-trial suit Setya Novanto stating that his determination as a suspect is not in accordance with the procedure.