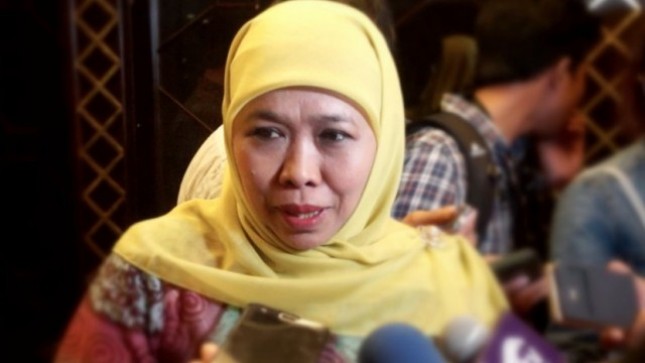 INDUSTRY.co.id - Mojokerto - Social Minister of the Republic of Indonesia Khofifah Indar Parawansa asked the community to use a mask to anticipate the presence of volcanic ash caused by the eruption of Mount Agung in Bali.

"I appeal to the community especially in West Nusa Tenggara (NTB) to use the mask following the eruption of Mount Agung," she said when confirmed by media crews in Mojokerto on Sunday (26/11/2017) night.

It has contacted the Head of NTB Social Service to provide masks as much as possible to be distributed to the community.

"And ask for certainty that people want to use masks associated with the eruption of this mountain," she said.

In addition to the certainty of using a mask, he also requested to be prepared the location that will be used as a place of evacuation to the local community.

"Make sure the evacuation site, so that people can be easier to reach it and do not have difficulty when the evacuation process takes place," she said.

Basically, he continued, once at the town hall office prepared for evacuation, but people are reluctant to enter, until it put up a banner that says that the location can be used as a place of evacuation.

"I have coordinated with the NTB Social Service so that if the government offices used for the evacuation of its location is rather entered, then in front of it is given a marker that people can enter and use it for evacuation," she said.

"I have communicated with regents whose territory has direct impacts with Gunung Agung Bali, related to that," she said.