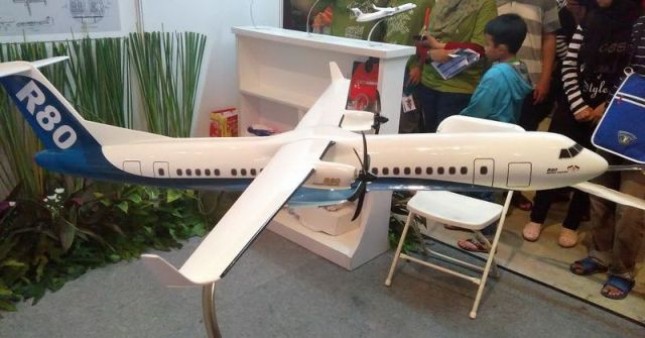 R80 Aircraft Development Need an investment of US $ 1.5 Billion

INDUSTRY.co.id - Jakarta - The development project of the R80 turboprop aircraft design of the Third President of RI BJ Habibie will soon get financing from South Korean company D-Raon Engineering through the Non-State Infrastructure Financing Scheme (PINA).

President Director of PT Regio Aviasi Industri (RAI) Agung Nugroho said the development of R80 aircraft included in one of the National Strategic Projects (PSN) requires a total funding of USD 1.6 billion. Nevertheless, it does not yet know the value of investment from this cooperation because it must go through the due diligence (due diligence) for three months.

"If the PINA facilitation is indeed starting with the due diligence process, it is important to determine the value of the investment," Agung said at PT RAI office last weekend.

CEO of PINA Ekoputro Adijayanto added that the project does not use state budget funding at all, but from the private sector through PINA and public funding of crowd funding which currently has reached Rp 6 billion.

"The role of the state budget does not exist, so we optimize the funding from abroad and in the country, we are exploring the community as well as small, now from the public Rp6 billion," he explained.

Meanwhile, Chairman of D-Raon Engineering C.S Lee said it is interested to invest in Indonesian design aircraft, especially twin-turboprop twin-engined R80 aircraft that are considered able to compete with the Boeing ATR-72.

"We are interested in this aircraft manufacturing project, especially on the R80 model, we are very confident that this project will be very beneficial not only for Indonesia but also the world," Lee said.

The advantages of R80 aircraft from its nearest competitor, the ATR-72 used by Garuda Indonesia, among others more efficient, convenient and economical especially for close range with 400-800 nautical mile distance or about 1400-1.500 kilometers.

This aircraft is also considered suitable for inter-island domestic flights in Indonesia and does not require a platform that is too long so it can land at a small airport.

In the first stage, the R80 aircraft with 80 passenger capacity will be built as many as 450 units, 155 units of which are already ordered by a number of national airlines, from NAM Air, Kalstar, Trigana Air and Aviastar. where the order consists of NAM Air of 100 units, Kalstar 25 units, Trigana Air 20 units and Aviastar 10 units. Price per unit of aircraft amounted to USD 25 million