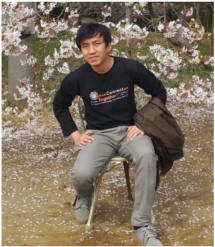 INDUSTRY.co.id - Jakarta - Chairman of the Chamber of Commerce and Industry (Kadin) Rosan Roeslani assessed the Indonesian National Arbitration Board (BANI), established in 1977, has helped solve business disputes among business actors.

"We hope BANI also continues to equate the perception of legal model with the prevailing in international arbitration," Rosan said in Jakarta (29/11/2017).

Meanwhile, Chief Justice of the Supreme Court M. Hatta Ali said with many cases handled by BANI, showed confidence and responsibility in resolving the business dispute.

"A lot of outside criticisms that our arbitration is not friendly with the international, especially the cancellation of a decision that can cause confusion," he said.

Meanwhile, BANI hopes to immediately adopt a model of law applied by the United Nation Commission Internatioan Trade Law, as the amount of investment entering the country and the participation of Indonesia in trade cooperation between countries.

BANI chairman Hussyen Umar said it would follow much of what the international arbitration body is doing, such as harmonizing Uncitral's legal model.

"I think first because we have not seen the urgency, but it has been proven that business actors choose arbitration in other countries," he said.