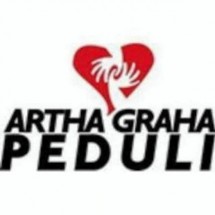 In a meeting with the PWI delegation in Seoul on Friday (15/12), Ambassador Umar Hadi reminded that in the relations between countries in the present era requires total diplomacy involving all components of society, including journalists and the media.

"I think this is part of the total diplomacy we are all doing, of course it is very good," said Ambassador Umar Hadi who accompanied by the Coordinator of Information and Social Affairs Culture and Diplomacy of Indonesian Embassy in Seoul, Aji Surya.

The visit of the PWI delegation led by Secretary General Hendry Ch. Waking up to South Korea is part of the cooperation of the oldest and largest journalist organizations in the country with the Korean Journalists Association (AWK).

Both organizations in the past five years have sent delegations to strengthen the cooperation of the organizations and communities of both countries.

During a visit to South Korea this time the PWI delegation brought coffee from various regions in Indonesia. The coffees were handed over as souvenirs to the parties visited during the program.

In front of Ambassador Umar Hadi, Hendry Ch. Bangun said that in less than 24 hours the PWI delegation has delivered coffee to a number of parties in Seoul, including to Seoul City Foreign Relations Advisor, Kim Changbeom who will soon be in charge of Jakarta as Ambassador of the Republic of Korea to Indonesia.

"I said if you want to import only coffee beans, do not talk to me, but if you want end-to-end coffee production and plasma system involving farming community, then we can talk, " said Hadi who just served in the land of ginseng in July.

"I will direct (South Korean coffee investors) to Aceh," he continued.

Ambassador Umar Hadi also said, one of the things that are often used as the reason for investors who want to develop the coffee industry in Indonesia is technical matters.

For example about roasting or frying coffee beans that can reduce the age of coffee products. According to him, this is a far-fetched excuse.

He believes, there is technology to extend the life of coffee bean products after being processed in Indonesia. He pointed out that Italians who do not have a coffee tree but can export coffee to many countries in the world.

"I tell them, you have to remember, the coffee is important, it means the product must be good, but more important is the welfare of farmers, not just coffee exports, but how to improve the quality of life of coffee growers so that later the children will become farmers. It's good," Ambassador Umar Hadi said.