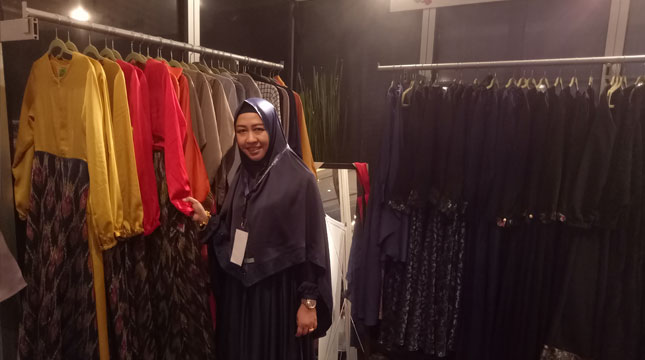 INDUSTRY.co.id - Jakarta, Indonesia Muslim clothing industry continues to grow very rapidly and competitively given the more recognition and recognition of the creativity of the national Muslim fashion designers in the international arena.

"We are targeting in 2020 Indonesia will become the core area of ​​Muslim clothing world," said Director General of Small and Medium Industry (IKM) Ministry of Industry, Gati Wibawaningsih in Jakarta (20/12/2017).

She added that the economic potential of the Muslim clothing industry is reflected in its contribution to GDP that reached Rp54 trillion of the total value of Rp181 trillion rupiah from the fashion industry donation of the country.

"The Muslim clothing industry is estimated to absorb a workforce of 1.1 million people out of a total of 3.8 million fashion industry workers," she explained.

Meanwhile, based on data obtained from the Organization of Islamic Conference (OIC), the current export value of the Indonesian Muslim clothing industry is projected to reach USD7.18 billion, in the third largest position after Bangladesh (USD22 billion) and Turkey (USD14 billion).

"Indonesia is included in the top five OIC member countries of muslin fashion exporters in the world, with market share value being at 1.6 percent," said Gati.

Furthermore, she said, domestic consumption in 2017 reached 1.8 tons, by 2020 is targeted to be at 2.2 million tons. "Indonesia is now ranked fourth as the largest Muslim fashion consumer in the world," said Gati.

Therefore, the Ministry of Industry continues to support the growth of Indinesia Muslim fashion industry, one of them through exhibitions both at home and abroad.

"Hopefully, the exhibition can support the government program in building the national Muslim fashion industry," she concluded.