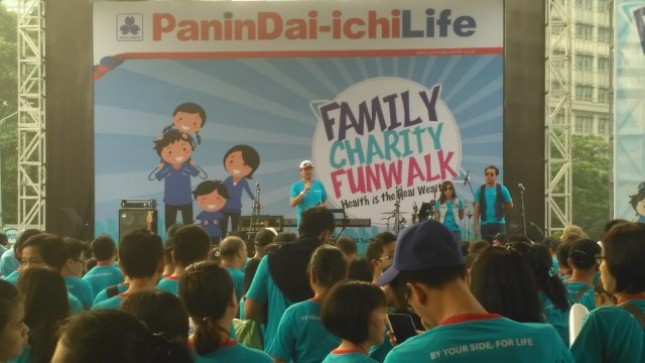 INDUSTRY.co.id - Jakarta - In order to celebrate its 43rd anniversary, Panin Dai-ichi Life held a Familiy Charity Fun Walk with the theme 'Health is the Real Wealth'. The event was attended by approximately 1,000 participants consisting of employees, marketers, and business and family partners.

"This event is conducted as an effort to increase public awareness and the importance of healthy lifestyle," said Panin Dai-ichi Life Director President Fadjar Gunawan, in Jakarta, Sunday (7/23/2017).

He said that every kilometer taken by participants, Panin Dai-ichi Life will donate a social donation of Rp 10,000 to be distributed to others in need. The route traveled from Senayan to Semanggi, then to the Senayan roundabout, back again Senayan.