Only 878 Online Taxis in Jabodetabek are Eligible 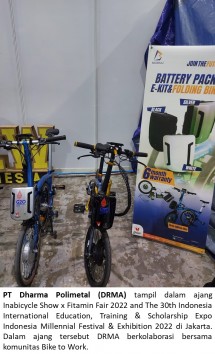 INDUSTRY.co.id - Jakarta - Transportation Management Agency of Jabodetabek (BPTJ) stated from the quota of taxis online Jabodetabek area of ​​36,000 new about 878 units of vehicles that pocketed the official permit online transport.

"The number of online transport vehicles that have passed the KIR test reached 17 thousand units, but only 878 units of vehicles pocketed operating licenses in the areas of Jakarta, Bogor, Depok, Tangerang and bekasi," said Director of Traffic and Transport BPTJ, in his press yesterday

He admitted to be confused by the fact. Because of the total quota given, observed there are 36,651 vehicles that do operate as an online taxi in Greater Jakarta, either under the banner of Uber, Grab, or Go-Car.

"Therefore we also wonder where the obstacles that make them not continue the arrangement of permits, just stop at KIR only," he said.

To be known, starting in February 2018, the Ministry of Transportation plans to take firm action against online taxis that operate without meeting the requirements. In addition, the online taxi surveillance dashboards made by the Ministry of Communications and Informatics will also begin to be switched on at the same time.