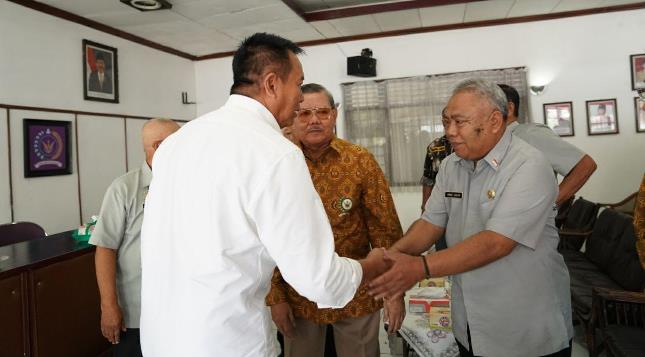 Maj. Gen. (Ret.) Nandang rate, Kang Hasan as a candidate for governor who has the ability to understand his own area. According to him, the ability is obtained because Kang Hasan went straight to various regions in West Java, so understand the situation and conditions faced by West Java.

"Choosing the leader must understand West Java and never do anything about West Java and of course against us the soldiers," said Nandang in Building DPD PEPABRI West Java, Bandung. Wednesday (7/2/2018).

Nandang who is also senior in the Army of this Army adds, advancing Kang Hasan as the Candidate of West Java Governor should be grateful as representative of Purnawirawan jurors who want to build West Java to a better direction.

Meanwhile, Kang Hasan who is also retired Major General asserted will continue to strive for the rights of retired officers who contribute greatly to the integrity of NKRI

"Of course, the retired West Java should also accept his rights as a Soldier," he concluded