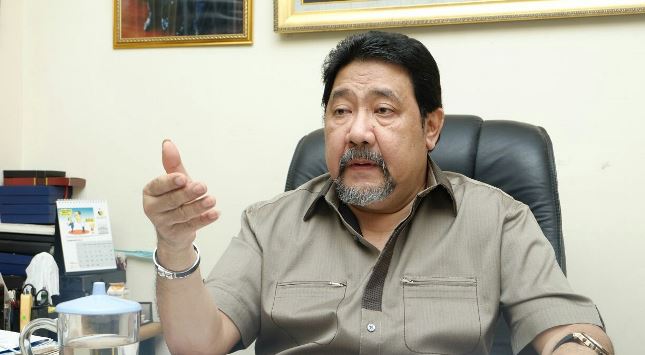 INDUSTRY.co.id - JAKARTA, - Chairman of the Institute Equivalents Hendardi asked the police more transparent in dealing with sensitive cases, particularly the case of drugs, and provide an explanation to the public in a comprehensive manner the doubts arising from the performance of the police. This was conveyed by Hendardi when asked his comments about the case of the arrest of 6 South Korean WN at the discotheque Crown, Golden Crown Hotel, West Jakarta, December 7, 2017 ago.

"This case has already appeared in the media and the public's attention. The police should explain. Do not involve foreign citizens, as covered. The drug case is like we know it is closely related to money. Well if there is suspicion of the public, the police must be open, lest there be any negative charges to the police," he said.

As reported by the magazine Tempo 5-11 Februai 2018 and later quoted by some media, the police arrested six South Koreans on December 5th, 2017 at the disco Golden Crown, West Jakarta.

Hendardi sees nothing strange in handling this case. The first, according to Hendardi is about the explanation of police who admitted difficulty checking the captured South Korean WN, thus requiring a period of detention for five days.

"I think it's harder to speak Papuan than Korean. It's not hard to find a Korean translator here. So if it takes five days to check because of language difficulties, which are weird. Secondly, the police must also transparently explain why they have been detained for five days. This is important so there is no suspicion of all kinds," said Hendardi.

The case began capturing six South Koreans on December 5, 2017 at the Golden Crown Diskotek, West Jakarta. Police claimed to have difficulty in extracting information from those who claimed not to speak Indonesian. The six suspects were then taken to Polda Metro Jaya. It was not until the next day that the police questioned them by bringing in translators and representatives from the Korean Embassy in Jakarta.

According to Polda Metro Jaya Public Relations Division Argo Yuwono, from the results of site inspection and urine tests, the six were released for not using drugs.

But Tempo Magazine wrote that they were released after police received Rp.1.6 billion. The money was handed over at a place in the SCBD area by an employee of Snowbay. Money is put into a white jazz car that is not clear the number, then the car is gone. After the transfer of the money, the six Koreans were released.

The news was denied by the Director of Drug Rescue Polda Metro Jaya, Commissioner Suwondo Nainggolan. Suwondo ensured the investigation of the six South Korean nationals was done professionally.

Related to the handling of drug cases in Indonesia, Implementation Advocacy of Indonesian Victims of Victims of Violence (PKNI) Alfiana Qisthi said during this time it is less transparent. The law, he thought bluntly upward but sharp down in drug handling.

"If it involves a rich man, the law is very soft. Many celebrities are free or direhebalitasi because they have money. But if the people caught under, many are directly thrown into prison," said Afni.

"In 2017 more than 7 drug user artists are released or rehabilitated. However, out of the 145 cases we were assisting, only 17 were assessed. Many users are accused of being a seller. There is a sale and purchase of articles here," he added. (AMZ)