This How Ministry of Agriculture Reaches 1.00 Birth of Belgian Blue Birth Year 2019 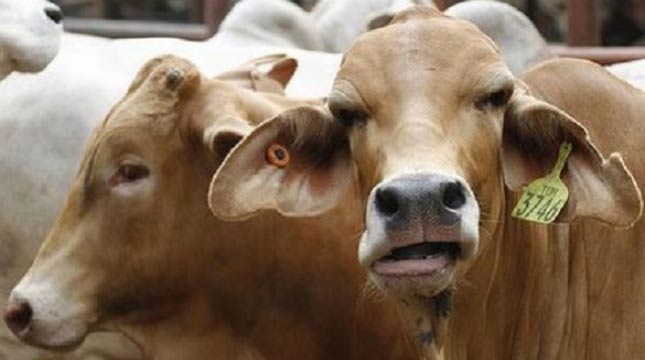 Minister of Agriculture Andi Amran Sulaiman targeting in 2019 will be born child / calf Beef cattle Belgian Blue as many as 1,000 head. This effort is done with the aim of increasing the production of beef in Indonesia through the improvement of genetic quality of livestock.

The New Race Cow Development Program has been tested in 2017 and began to focus its development from 2018. The Ministry of Agriculture through the Directorate General of Animal Husbandry and Animal Health has also compiled a Road Map for its development.

"Belgian Blue cow is one of the new breeds that enter Indonesia and is also one of the best cows in Europe from Belgium," said Sugiono as Director of Livestock Breeding and Production Directorate General of PKH during a review at BET Cipelang, Bogor today Saturday, March 10, 2018.

He explained that the reason for choosing Belgian Blue cow to be developed specifically by the Ministry of Agriculture is that this type of cow has a higher percentage of carcasses (70-80%) than other cattle. So according to him, if the development of cow BB done through semen freeze / embryo BB, it will be much cheaper than entering live cow from country of origin.

He further explained that the development of Belgian Blue cattle is done through Artificial Insemination technology (IB) and Embryo Transfer (ET) which begins with the import trial in 2015-2016 as many as 22 embryos and frozen semen 200 doses in BET Cipelang Bogor in private.

"Until March 2018 we have successfully embraced the Embrio Transfer (TE) of 372 embryos and born 20 Belgian Blue cows via IB from crosses (simental, Limousin, and FH) and three embryo transfer results," Sugiono said.

He mentioned, currently the cows are in the condition of cutting the results of TE as much as 10 tail and IB 36 tail. In addition in Balitnak Ciawi there are also 4 cows bunting results TE. "Belgian Blue cow that is the result of crossing with other nations can be born with normal without difficulty giving birth," he said.

Sugiono asserted that the development of new cattle is also a step of the Government's strategic activities to get out of dependence on imports, so that with the presence of superior bulls, it will be able to meet the needs of donors at the National Artificial Insemination Center / Region.

This refers to Government Regulation No. 48 of 2011 on Animal Genetic Resources and Animal Breeding, where new clumps entering NKRI need to get recommendations from the Livestock Seed Commission. Therefore, the development of Belgian Blue cattle should be done in a closed location (close breeding) and have not involved farmers.

"This activity is right, because for the initial stage of development site is in UPT-UPT scope of the Ministry of Agriculture so it has not involved the farmer’s community," said Sugiono.

Sugiono said, during this 1 year period Ministry of Agriculture has conducted various studies related to the development of this new cattle Ras. "Before this type of Belgian Blue cattle can be released to breeders, we together with the Expert Team from the academician also conducted an assessment," said Sugiono.

Sugiono further explained this study was conducted to be known the potential and performance of Belgian Blue cow with proper, before developed in the community. According to him, there are some weaknesses in the development of Belgian Blue cattle that is often the difficulty of childbirth and require action sectio caesarea (SC) in children TE, thus requiring maintenance and feed management to support his body metabolism so that muscle growth can develop normally.

In addition, he said, there are several aspects that must be considered in an effort to improve the degree of success in the development of Belgian Blue cattle, namely: (1). Knowledge and skill; (2). Methods of maintenance and handling of new calves-6 months; (3). Temperature or temperature that tends to be hotter when compared to the original place.

"For that, in the development of Belgian Blue Cattle, Ministry of Agriculture has established a Team Working Group Secretariat (POKJA) and Associate Expert Team, and involves Higher Education (Institiut Pertanian Bogor and Universitas Gadjah Mada) to succeed its implementation," he concluded.