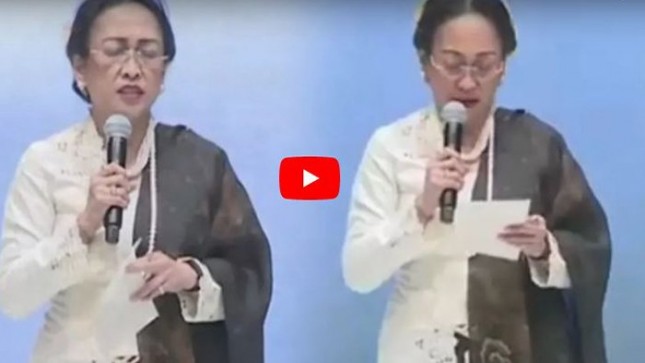 INDUSTRY.co.id - Jakarta - The Presidium of the National Assembly of Kahmi is deeply regretted, in the midst of cooling and creating an atmosphere towards a more conducive and restoration of the post-election situation of the nation of Jakarta which is so very high dynamics, no wind no rain, suddenly born poems that seem re-invite the atmosphere of conflict between the Islamization and the Indonesian.

Even more dangerous, controversial poem came from family members who have been honored as Father of the Nation, who in participating in the birth of Indonesia is very strong understanding of the culture of a religious Indonesia, cultured, and civilized.

Ahmad Doli Kurnia Presidium of the National Assembly Kahmi said Indonesia born by Bung Karno and other founding fathers is Indonesia based on the values ​​of Godhead, Humanity, and Togetherness that respects diversity and difference.

And it applies to every aspect of people's life, nation and state. All thoughts, speech, behavior, behavior as the nation's children must reflect the development of a peaceful, harmonious, harmonious and peaceful life based on the values ​​of religiosity and Indonesian culture.

"Wise step that must be done by Mrs. Sukmawati is self introspection and apologize to the people of Indonesia, as a knight and statesman like the Proclaimer, his father," he said.