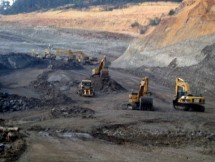 "We are grateful to be able to complete the development in accordance with the target set that is before Eid 1439 H. Cilegon people can enjoy a comfortable shopping," Mulijono Hartono, CEO of PT Yestar Karya Utama in its official statement, INDUSTRY.co.id, Saturday ( 2/6/2018).

"As the largest mall in the City Cilegon Cilegon Center Mall appear with modern design. The project is worth an investment of Rp300 billion and stands on an area of ​​2 hectares with a building area of ​​67,741 square meters and consists of 7 floors with various designations. We also provide tenant-tenant choice, "he explained.

"We appreciate to Yestarland who has a commitment in participating to encourage economic growth Cilegon City. We hope Cilegon Center Mall is not only a shopping and recreation center, but also provides educative program, "he hoped