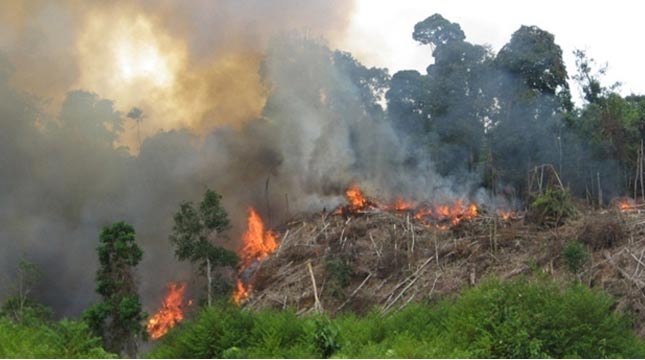 INDUSTRY.co.id - Surakarta - President Joko Widodo reminded the leaders in the area related to the threat of forest and land fires (karhutla) are currently increasing in some areas in Indonesia.

"I remind you again that the incident of fire like the last-then must have stopped," said President Jokowi met after inaugurating the Museum of Keris Nusantara on Jalan Bhayangkara, Surakarta, Central Java Province, Wednesday (9/8/2017)

The President stated that he had ordered the Menkopolhukam Wiranto to invite the regional commanders, police chiefs, police and police chiefs, dandim and regional heads to be reminded of the threat of karhutla.

Previously, the National Disaster Management Agency (BNPB) estimated the potential for forest and land fires in Kalimantan and Sumatra areas to continue rising in relation to the predicted dry peak in September.

"Plotting hotspot locations in 2015, 2016 and 2017 shows the location of forest fires and land is always repeated every year such as in Tesso Nelo National Park, OKI, border areas between Riau and Jambi, and some other areas," said Sutopo.

He describes nationally observed 282 hot spots spread with the most in West Kalimantan 150 hot spots, South Sumatra (23), Riau (16), South Sulawesi (18), and others.

Sutopo said there were additional forest and land fires in South Sumatra, namely in Ogan Ilir Regency starting on Saturday (5/8) at 14.00 WIB, and some were burnt from 16.00 WIB until the fire became bigger.

The location of forest and land fires is mostly in areas with limited accessibility.

Some obstacles in forest and land fire control, including the area that must be maintained, limited facilities, infrastructure and budget for field officers, dry weather, limited water sources, and the location of fire is difficult to reach.