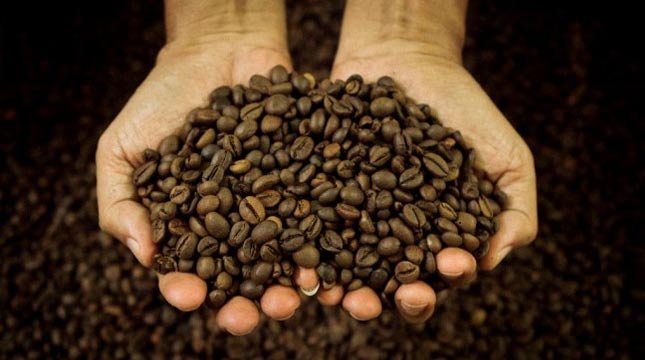 Amid the COVID-19 Pandemic Conditions, How Do Coffee Shop Entrepreneurs Survive?

Garut coffee is ready to export to Australia and Ukraine

"The rise to the glory of West Lampung coffee farmers must be continued, and even continue to be further developed," said Parosil Regent related to the implementation of 2018 West Lampung Coffee Festival centered on Mount Terang and Rigis Jaya Pekon, Air Hitam District Monday (07/23/2018).

The West Lampung 2018 Coffee Festival series took place from Saturday (7/21) night to Monday, including a seminar on the development of West Lampung's robusta coffee, the launch of a coffee village, the rejuvenation of coffee plants, robusta coffee exports, and various other activities.

Parosil said the festival was planned to be held every year to become a means of promotion and development of robusta coffee cultivation, as well as increasingly introducing various regional attractions, including coffee agrotourism and general ecotourism.

He stated, considering that around 70 percent of residents in West Lampung depend on the results of robusta coffee cultivation, the local government gives serious attention to coffee farmers.

Parosil said, one of the problems faced by coffee farmers here is the level of productivity of crops which tends to continue to decline, from the previous still able to reach 2.5 tons to 3 tons per hectare, but now it is only close to one ton per hectare, even decreasing production again. The decline in productivity needs to be sought for the problem to be immediately solved.

In the Robusta Coffee Development Challenges and Opportunities Seminar in West Lampung on Saturday (7/21), present the officials of the Creative Economy Agency (Bekraf), the Indonesian Coffee Council, the Ministry of Agriculture, the Lampung Chamber of Commerce and the coffee businessmen, so that the Parosil Regent hopes to produce recommendations that can followed up on its implementation.

He admitted most of the farmers in West Lampung were traditional farmers in descending terms. Therefore, it is necessary to touch the improvement by giving the attention and care necessary for the development of the coffee cultivation.

The effort to support the development of coffee and restore the glory of coffee plants in West Lampung is a need for a touch of improvement with attention and care, such as improving and meeting the availability of transportation infrastructure needed, providing fertilizer including fertilizer assistance for farmers who cannot afford it.

Parosil stated that the coffee festival is expected to encourage the development of coffee as a superior commodity in West Lampung, so that it can lift and improve the welfare of coffee farmers in particular. "Coffee red picks are recommended to coffee farmers to ensure the best quality of coffee taste," he told Antara.

He also stated that the promotion of coffee is not only a matter of local government, but requires support from various parties, including the support of mass media.

The coffee farmers in West Lampung justify, most of the coffee plants in their gardens are plants that are relatively old, so they need to be rejuvenated immediately.

In addition, conventional or traditional coffee cultivation needs to be changed and improved to a better level, with production potential reaching 1.7 tons per hectare.